Pakistan will not think of retaliation; we will retaliate: PM Imran Khan 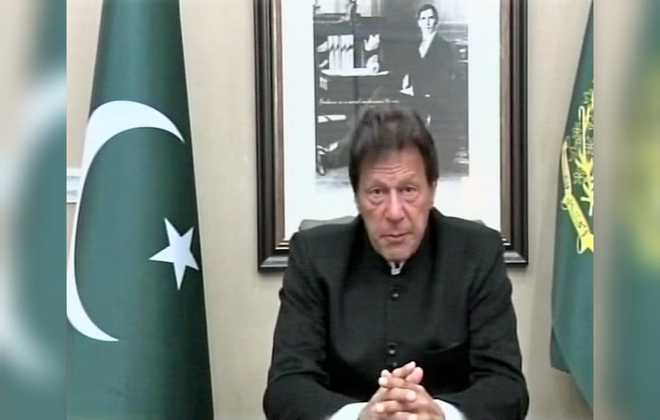 Prime minister of Pakistan Imran Khan, in a video message addressing the nation has officially responded to Indian allegations regarding Pakistan’s involvement in the attack which killed 44 Indian paramilitary soldiers, in Pulwama, Indian Occupied Kashmir.

He also cited the reason for the delay in official response owing to the important state visit of the Saudi crown prince. As he did not want to divert attention from the most important event, PM Imran said, “I am now responding to the Indian government.”

“India accused Pakistan without any evidence and without thinking how this [attack] would benefit us,” he stated. “Would even a fool consider sabotaging such an important [Saudi investment] conference?” the prime minister questioned.

PM Imran continued, “We have been fighting against terrorism for the past 15 years. How will Pakistan benefit from such incidents?”

Stating, “I want to ask India if they want to keep living in the past”, the premier said, “We want stability.”

The premier stressed, “I say it clearly this is a Naya Pakistan and a new mindset.”

Offering to probe the Pulwama attack, PM Imran said, “Pakistan is ready to investigate the attack and act if India provides actionable intelligence. Not because we are under pressure but because it is our policy.”

“It is not in our interest that our soil is not used for carrying out attacks in other countries, nor do we want outsiders to come and carry out terror attacks here,” he added.

“We are ready for talks with India on terrorism,” he said while adding that “India talks about including terrorism in dialogue with Pakistan”.

“Terrorism is a big issue facing this region and we want to eliminate it,” PM Imran asserted.

“Kashmiris are not afraid of death anymore. There must be a reason for that. Should there not be a discussion in India on this?” he asked. “Which law in the world allows everyone to become a judge and jury?”

While questioning whether India wants to resolve the issue through military, PM Imran said, “This has never been a successful measure.”

The premier continued, “I have been hearing and seeing on Indian media that politicians there are calling for revenge from Pakistan. If India thinks it will attack Pakistan, then we will not just think but retaliate.”