Asma Jahangir passed away yesterday due to a cardiac arrest 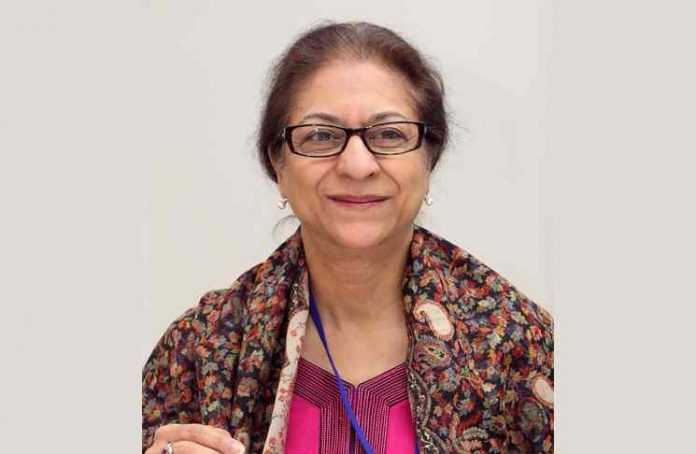 Famous lawyer and activist Asma Jahanghir passed away this Sunday, after a stroke  at the age of 66. She was born to  a bureaucrat Malik Ghulam Jilani and Sabiha Jilani in Lahore on January 27, 1952, Jahangir was best known for her pro-democratic and human rights activism. Her funeral will be held on Tuesday at Gaddafi Stadium Lahore. Her death has left a huge space which doesn’t seem replaceable.

Asma  Jahanghir was a big name here in Pakistan for her contributions and struggle for human rights and women rights. She also actively participated in the struggle of providing justice to the minorities of Pakistan.  This is the reason the celebrities across the borders too mourned her death and have left heartfelt messages of condolences in form of tweets or posts. Pakistani celebrities too share their sentiments on her demise.

Bollywood actress Shabana Azmi who was also a friend of her, has tweeted her condolences.

An extraordinary woman who fought for ordinary people. Asmaji had the audacity and the courage to fight for a fairer world. Thank you for touching our lives. 🙏🙏🙏 pic.twitter.com/wML94XmtcI

The Film-maker Nandita Das also shared a photo of her with Asma Jahangir.

Mahesh Bhatt also tweeted his sentiments on the death of the activist.

Local celebrities too mourned her death by tweeting their sentiments over this loss.