Since the inception of the new government in Islamabad in the beginning of the second week of April, the dollar has appreciated by over 28pc or Rs51. 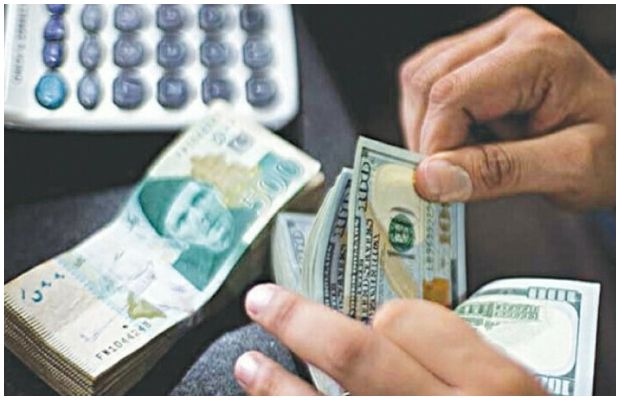 The Pakistani rupee trades at Rs240 against the US dollar in the interbank market on Thursday.

As reported, the greenback was being traded at around Rs239.5 in interbank after appreciating by Rs3.48 compared to the previous close of Rs236.02.

According to the Forex Association of Pakistan (FAP), the rupee lost 4.48, or 1.89 percent.

The economic experts regard the downfall of the Pakistani rupee against the US dollar amid the political uncertainty in the country.

Exchange Companies Association of Pakistan General Secretary Zafar Paracha said that the country’s political situation is bad but the government and political parties appear to be unconcerned.

“They are only concerned with saving their government,” he added.

He said that rating agencies had downgraded Pakistan’s outlook while the tranche expected to be released by the International Monetary Fund (IMF) had reportedly been delayed.

Meanwhile, Finance Minister Miftah Ismail earlier this week said that the pressure on the rupee would “vanish” in a couple of weeks.

While making an appearance in a one-on-one conversation with Mosharraf Zaidi, CEO of advisory services firm Tabadlab, Finance Minister said the inflows of dollars into Pakistan would soon be higher than the outflow, resulting in a stable exchange rate.

“Nobody is happy with the surgery, but sometimes it’s necessary,” he said.

tweet
Share on FacebookShare on TwitterShare on PinterestShare on Reddit
Saman SiddiquiJuly 28, 2022
the authorSaman Siddiqui
Saman Siddiqui, A freelance journalist with a Master’s Degree in Mass Communication and MS in Peace and Conflict Studies. Associated with the media industry since 2006. Experience in various capacities including Program Host, Researcher, News Producer, Documentary Making, Voice Over, Content Writing Copy Editing, and Blogging, and currently associated with OyeYeah since 2018, working as an Editor.
All posts bySaman Siddiqui