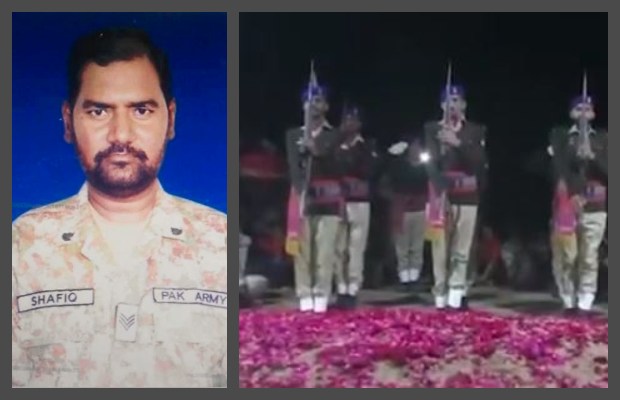 The hero was laid to rest with respect and military honours in his hometown in Khanewal last night.

In a press release, the Inter-Services Public Relations (ISPR) said that Havaldar Muhammad Shafiq’s funeral prayer was offered at his native town in Mian Channu, Khanewal.

He was a brave and dedicated member of the Pakistan contingent ensuring the protection of civilians in CAR and facilitating the delivery of humanitarian assistance.

He is survived by his wife and three sons.

So far162 brave Pakistani peacekeepers have laid their lives in vital peacekeeping missions around the world, helping navigate the path from conflict to peace.

Lance Naik Adil Jan of Frontier Corps Balochistan embraced martyrdom while on duty during a peacekeeping mission in Sudan on September 9, 2021.

He was posted at the African Union Hybrid Operation in Darfur.