Pakistan Ambassador to Ukraine Dr Noel Israel Khokhar said the government is working on safe evacuation of all Pakistan nationals stranded in Ukraine. 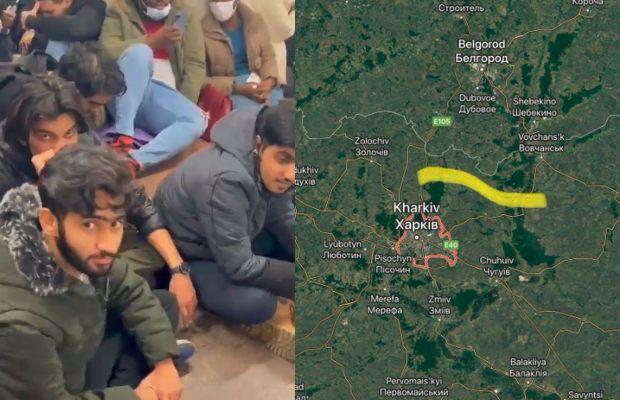 Pakistani students stranded in war-battered Ukraine have appealed for help!

The parents of students stranded in Ukraine have requested the government of Pakistan to ensure their safe exit from the war-struck country.

Following the requests, Pakistan’s Ambassador to Ukraine Dr. Noel Israel Khokhar has said that the government is working to ensure the safe evacuation of all Pakistani nationals including students stranded in Ukraine.

In a statement, the embassy said that 1,500 Pakistanis, including 500 students, are residing in Ukraine and have been asked to relocate to safer regions.

Pakistan’s Embassy in Ukraine in a tweet said that Ukraine’s airspace is closed while the Embassy is communicating with Pakistani students who were unable to leave earlier than advised.

The Pakistan Embassy in Ukraine also stated that it is fully functional from Ternopil, Ukraine, and provided contact details of the embassy.

The Embassy of Pakistan is fully functional from Ternopil, Ukraine. Contact details of the Embassy are as follows:

Following the situation in Ukraine, many Pakistani stranded in the country via social media urged the government to take notice and help them evacuate safely.

However, there are also claims that Pakistani Embassy did not cooperate with them.

Hundreds of Pakistani nationals, including students, were stuck at different metro stations in Ukraine after clashes between Russian and Ukrainian security forces. They are complaining to Pakistan that they are doing nothing to help them.#Ukraine #RussiaUkraineConflict #Russia pic.twitter.com/xbizc6Gjcg

Must WATCH!! And share with the concerned authorities.
Pakistani Students in Ukraine are still waiting for help from their govt. But, these powerful corrupt vultures are continuously ignoring their plea. @Xadeejournalist @bilalfqi @a_siab #Moscow #WWIII https://t.co/8f6zQZkrfb pic.twitter.com/gEVt9PBSqA

The Govt of Pakistan must’ve known that several hundred Pakistani students are currently studying in Ukraine – it must’ve also known that many of these study in Kharkiv, Ukraine’s 2nd largest city close to the Russian border

Did the PM at least ask Putin for their safe passage? pic.twitter.com/Em7S15YPy6

On the other hand, the Pakistan envoy to Ukraine has said that they had directed the Pakistani pupils stranded in Kharkiv to reach Western Ukraine.

As per the report, the stranded Pakistani were directed to reach Ternopil and if they were unable to reach there, they should get a train and reach Loyo.

“The embassy staff has made complete arrangements for the students over there. We are continuously requesting our students to reach Western Ukraine,” envoy Noel Khokhar said.

He said the Pakistan embassy had already instructed the students to leave Ukraine a few weeks ago.

He said that the students stranded in Kharkiv could contact our focal person Mujahid Abbas after reaching Loyo or Ternipol.

tweet
Share on FacebookShare on TwitterShare on PinterestShare on Reddit
Saman SiddiquiFebruary 25, 2022
the authorSaman Siddiqui
Saman Siddiqui, A freelance journalist with a Master’s Degree in Mass Communication and MS in Peace and Conflict Studies. Associated with the media industry since 2006. Experience in various capacities including Program Host, Researcher, News Producer, Documentary Making, Voice Over, Content Writing Copy Editing, and Blogging, and currently associated with OyeYeah since 2018, working as an Editor.
All posts bySaman Siddiqui