Qandeel's brother was given life imprisonment 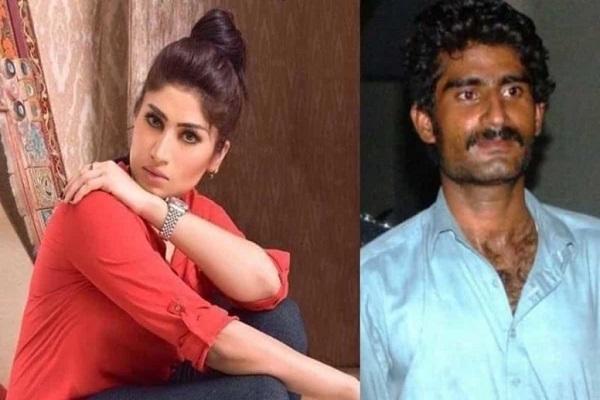 The other suspects who were nominated in the murder case, including cleric Mufti Abdul Qavi, her other brother Aslam Shaheen, Haq Nawaz, Abdul Basit, and Mohammad Zafar Hussain were acquitted by the court.

Well,  in a country like Pakistan, where honour killing is unfortunately practiced, people are celebrating for this verdict thinking that justice is finally served.

However, a few questions are being raised thinking, is it a just decision? keeping in mind Molvi Qavi’s involvement, the evidence, and calls which involved him, but he was acquainted. Leaving people thinking how can he be been easily cleared out of all this including other suspects who may have a major role in the murder or for evoking Qandeel’s brother for the murder.

Here is how Pakistani Twitter reacted over this verdict:  feelings.

Qandeel Baloch murder case, her brother Waseem would face 25 years imprisonment and all others including Mufti Qavi are absolved of all charges. This is exactly what we predicted earlier. Idk what to say.

I have tears in my eyes. I hope justice prevails for every single woman wronged. I hope eventually we never have to get to that. Rest in power, Qandeel. https://t.co/5CvH4kcsI4

Qandeel Baloch, a social media star whose posts both titillated and appalled #Pakistan, was killed by her brother in 2016. Today, a court gives Waseem 25 years in prison. The verdict brings little relief or closure in a country where 500+ women die each year in 'honour' killings.

Some appreciate a verdict on Qandeel Baloch. But, everyone knows who is real culprit.

Who will punish bring him [Molvi Qavi] to justice? Molvi and Dictators are freed – indeed – they are above the law.

I repeat – Half justice – is not a justice. #JusticeforQandeel

What a strange, bittersweet feeling. The verdict isn’t the end, and it doesn’t bring a measure of relief or closure for me at least. When I saw the photos of Mufti Qavi being showered with rose petals outside court, I realised why. 1/ #QandeelBaloch

Thousands are complicit in the murder of Qandeel Baloch. Although her brother, Waseem, got life, the others were acquitted.

As a society, we need to stop honour killings for once and for all, and build kinder online spaces.

#MuftiAbdulQavi is acquitted given benefit of doubt, means that a defendant is considered innocent and acquitted by the jury if his/her guilt has not been proven beyond reasonable doubt, that's where we lack that's what saved him and I'm not convinced#JusticeForQandeelBaloch pic.twitter.com/DHClDsV027

tweet
Share on FacebookShare on TwitterShare on PinterestShare on Reddit
Rameeza NasimSeptember 27, 2019
the authorRameeza Nasim
Rameeza Nasim, a Paralian, passionate about poetry, drama and fiction. By giving drama critiques I feel like I am endorsing the writer's message to the audiences, I love my job. Being a critic responsibility lies on my shoulders to point out the flaws and shortcomings of the play be it on writer's , performers or director's end . I did my Masters in English Literature and Linguistics .
All posts byRameeza Nasim