Calling physically challenged children an act of divine justice for sins of parents is deplorable and shameful. 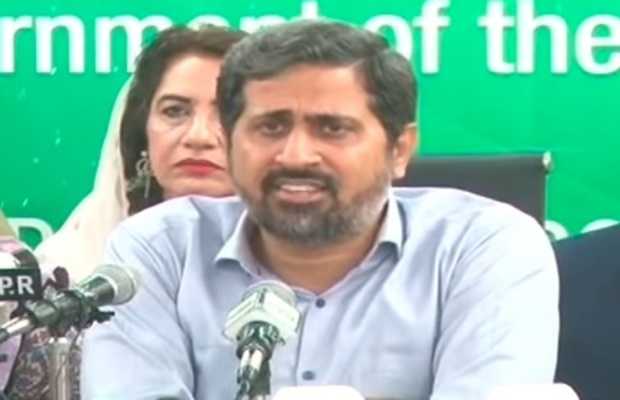 Punjab information minister Fayyaz Chohan ignited another controversy leaving  Pakistanis furious with his insensitive comments, however, it was not the first time.

The Punjab information minister was speaking at a press conference on Tuesday along with provincial health minister Dr. Yasmeen Rashid on the coronavirus outbreak when he made the controversial statement.

“God hands out punishment to people in the form of paralyzed, disabled children […] which forces that person to repent,” he said.

His comments were totally unacceptable and many took to social media condemning his remarks. Calling physically challenged children an act of divine justice for the sins of parents is deplorable and shameful!

Special children are not an "azaab" but are special human beings to be cared for and loved and allowed to develop their own potential. In fact no child can ever be an "azaab" and for anyone to make such a cruel, inhumane statement is absolutely unforgivable and condemnable.

Calling physically challenged children an act of divine justice for sins of parents is deplorable and shameful but unfortunately routine stuff for punjab info min Fiaz ul hassan chohan, who habitually puts his foot in his mouth.why is he a minister I always wonder. Sic!

Fayyaz Chohan sinking to new depths. During press con about coronavirus, he described having children with disabilities as a punishment from God. What a vile, disgusting thing to say! Worth remembering that this man, who consistently spews venom, was reappointed as Info Min by IK pic.twitter.com/NCCsd1OA4V

Not surprise by Fayaz ul hasan chohan. Im sure he meant something else but that’s him. He must apologise to all the special children and their parents for his obnoxious twisted belief. Such mindset should be in JUI-F

Dear PM Sb / @ImranKhanPTI why does your nation deserve the reappointment of this mistake called #FayazChohan ?
They do not need this sick indoctrination from your @pid_gov . Remove him & those who placed him under your nose previously. immediately plz before further damage🙏🏽 https://t.co/iT0mI9XwJx

Fayaz ul hasan chohan is an ass hole, a low life fucktard. saying that disabled children is a punishment of Allah due to their parents sins is the most shameful and awful thing to say. PM Imran Khan should take a strict action on this.