In solidarity with the martyrs of Christchurch from Pakistan. 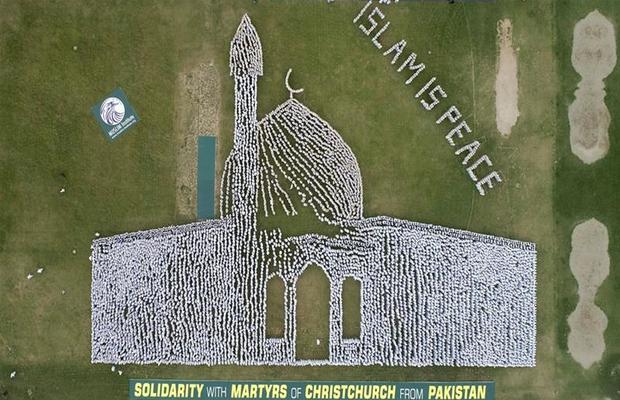 More than 20 thousand Pakistanis gathered in the Jhang city on Friday, to pay tribute to 50 victims of New Zealand’s dual mosque attack carried out last month by a white supremacist.

The tribute was organized by the Muslim Institute, a non-government organization which aimed at promoting peace and stability in the Muslim world. 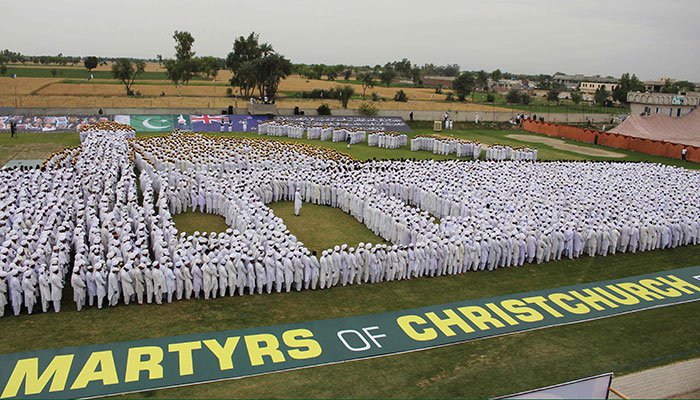 Drone images being circulated on social media shows a group of people standing in formation, wearing white shalwar kameez and prayer caps standing on the green grass of the field marking stark contrast. While the second group formed the words “Islam is peace” nearby.

Huge New Zealand and Pakistani flags were also displayed along with a giant banner displaying, “Solidarity with the martyrs of Christchurch from Pakistan”.

Nine among the Christchurch victims were of Pakistani origin.

tweet
Share on FacebookShare on TwitterShare on PinterestShare on Reddit
Saman SiddiquiApril 13, 2019
the authorSaman Siddiqui
Saman Siddiqui, A freelance journalist with a Master’s Degree in Mass Communication and MS in Peace and Conflict Studies. Associated with the media industry since 2006. Experience in various capacities including Program Host, Researcher, News Producer, Documentary Making, Voice Over, Content Writing Copy Editing, and Blogging, and currently associated with OyeYeah since 2018, working as an Editor.
All posts bySaman Siddiqui