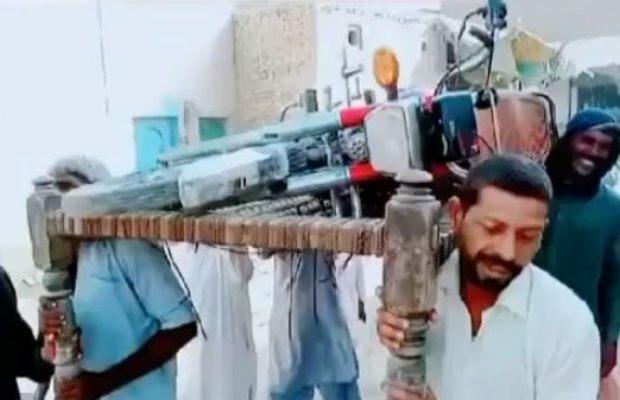 Pakistanis vent their anger over the petrol price hike by unleashing memes!

It was the other day when the government announced a record increase in petrol price, which is being termed as the petrol bomb.

The government on Tuesday increased the price of petrol in the country by Rs12.03 per litre, taking its price to a record level of Rs159.86 per litre.

And the inflation-struck citizens have no choice other than to react to the latest development with memes to ease their sore hearts.

Twitter timeline on Wednesday is flooded with petrol memes and we bet these reactions are worth the petrol price hike!

Imran Khan is an environmentalist and always looks at the bigger picture. This hike will help reduce the pollution.#petrolprice pic.twitter.com/VkpAMHGMSa

Awam whose support Imran Khan rather than other politicians in 2018🙂🌚#petrolprice pic.twitter.com/SHLzhqQw1u