Sidra Humaid claims to be the owner of a home-based food business ‘Daily Bites’ and handicraft start-up ‘Cróise’,

She allegedly defrauded hundreds of her depositors by announcing on social media that she had “no means to pay off her committees” to around 200 contributors leaving them in utter shock and disbelief.

The citizens who were lured by her ponzi scheme came to know via her social media post the the person running the monthly ballot committee has declared her self a bankrupt. 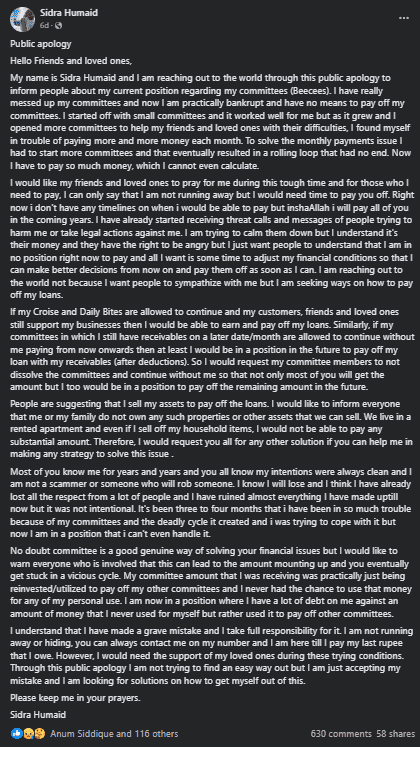 In the latest development, the influencer updated on its social media page that she has started paying accordingly to every one to whom she was legally liable to pay after sorting out her finances.

However, she has also sought for a legal aid after getting threats from the depositors and contributors.

Her advocate namely Mr Kamran Alam has sought protection orders from the court. 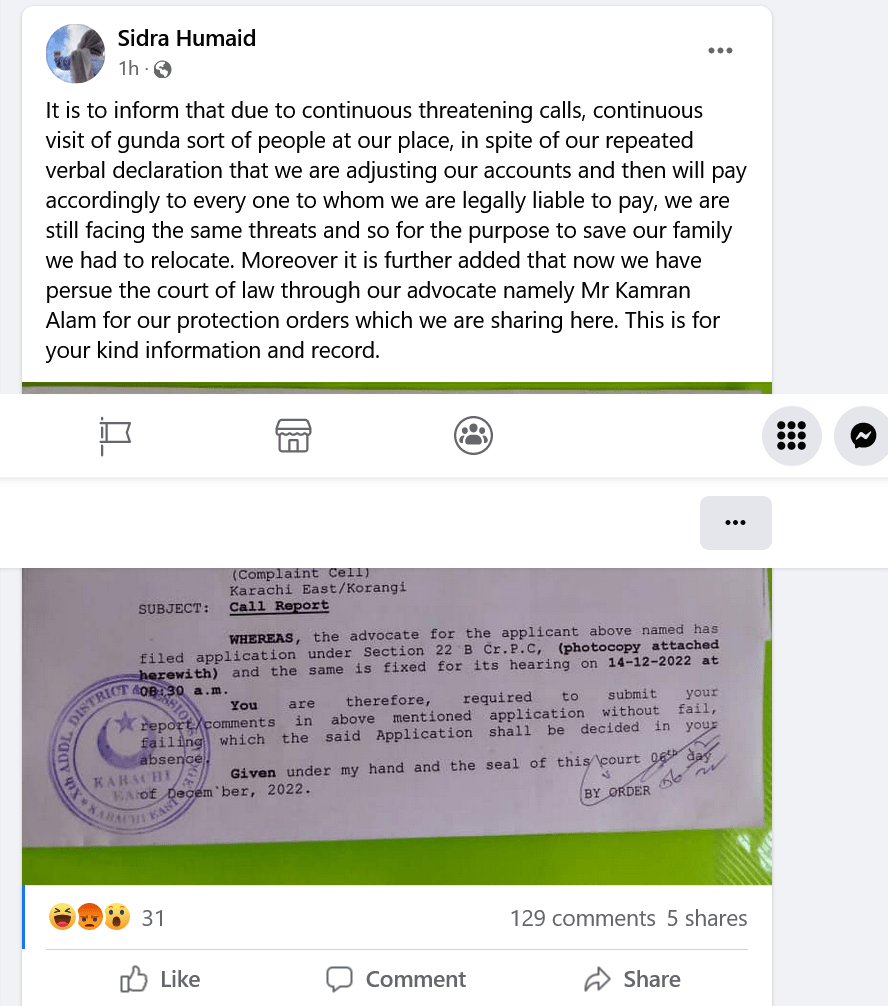 Social media has been in abuzz with stories of victims of the fraudulent ponzi scheme!

Ms Humaid, whose whereabouts are not known, after years of running an online committee system issued a public apology last week.

Meanwhile, there has been no official confirmations that any of the victims approached police or the Federal Investigation Agency against the accused Sidra Humaid.

It seems like people so far are engaged in a bid to resolve the issue on their own.