Mufti Muneeb-ur Rehman said that the lockdown was not "applicable" to mosques and arrangements would be made for Friday prayers and tarawih in Ramazan. 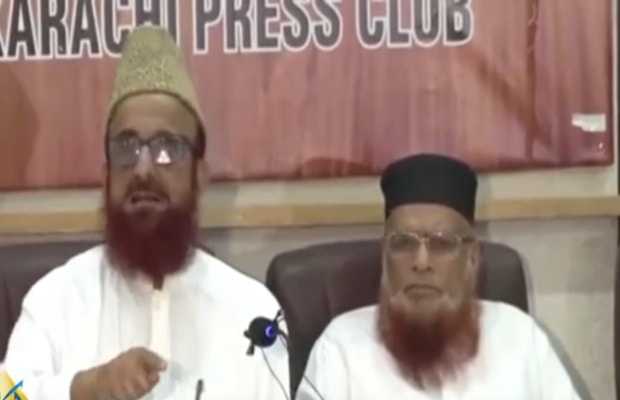 Pakistan’s top influential religious clerics in Karachi have announced on Tuesday that lockdown restrictions would no longer apply to the mosques.

The announcement came moments after the federal government announced the extension in the countrywide lockdown by two weeks.

Mufti Muneeb-ur-Rehman, the chairman of the Ruet-i-Hilal Committee, announced that the
Friday prayers would be offered in mosques, while Taraweeh and Aetkaaf would be held in mosques as well during Ramzan.

We want to give the government a message that mosques should not be closed, Mufti Muneeb told reporters.

He criticized the police for using force against prayerMosques leaders in the country.

“The prayer leader’s job is to lead prayers, not to stop them,” Mufti Muneeb added.

Muneeb was flanked by another influential cleric Mufti Taqi Usmani.

Mufti Usmani demanded the government release prayer leaders and withdraw cases against them.

Mufti Taqi Usmani has said that daily prayers will be held in mosques while taking all precautionary measures.

Speaking after a meeting of ulema at the Karachi Press Club on Tuesday, Mufti Usmani urged the elderly to pray at home but said prayers would be held at mosques.

“There will be proper space in the rows of people who pray,” he added.

Coronavirus has so far claimed 100 lives in Pakistan, while the number of positive cases has surged to 5,812 in the country.