Football star Paul Pogba has rejected reports that he quitting the French national team over comments about Islam’s role in terrorism by the president, Emmanuel Macron.

France’s star midfielder, who converted to Islam in 2011, took to social media to reject the reports making rounds on news media, including social that he has resigned from his position from the French National team over the country’s president remarks.

In an Instagram post, Pogba shared the caption “fake news” over a headline of The Sun which said he was retiring from international football.
Read More: Man Utd star Paul Pogba quits playing for France over President Macron’s comments 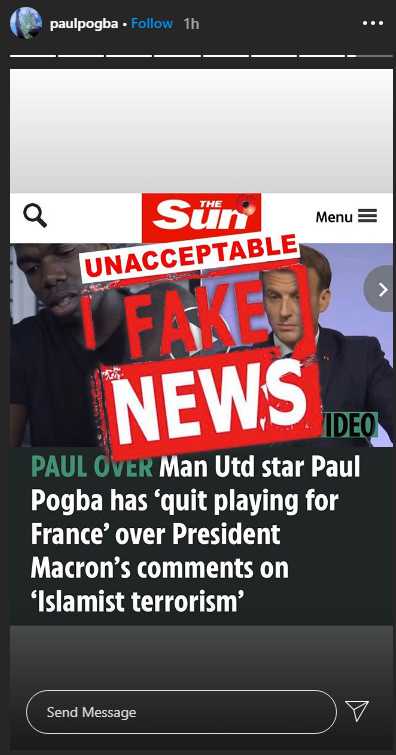 The reports  claimed Pogba had stepped down over Macron’s description of the murder of French school teacher Samuel Paty as an “Islamic terrorist attack”.