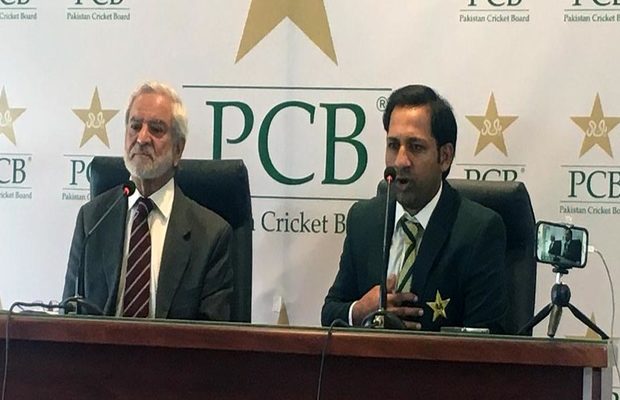 Pakistan Cricket Board (PCB) Chairman Ehsan Mani has directed the Pakistani skipper Sarfaraz Ahmed to ignore the baseless media reports and just focus on the remaining games of the World Cup tournament.

Pakistan team and management are facing harsh criticism after losing the most crucial match of this world cup against arch-rivals, India on 16th of June in Manchester.

According to the news source, the PCB chairman has tried to motivate the skipper through a phone call and also telling him the tournament is not over yet, the team should give its best in the coming matches.

The chairman also said that the team should not divert its attention from the game, remain calm and always remember that the fans have high hopes from them.

Reportedly, Sarfaraz Ahmed has expressed his gratitude to the chairman for his support and also expressed that the team will meet the nation’s expectations in up-coming matches.

Pakistan will play its next game against South Africa on Sunday.

Earlier, Pakistan Cricket Board (PCB) rejected the media reports regarding some existing friction within the team after back-to-back losses in the ongoing ICC World Cup 2019 tournament and also stated that the entire team is standing behind skipper Sarfaraz Ahmed.