Ahead of PDM's rally,Traffic Police has issued the traffic plan for the metropilis, announcing the substitute routes. 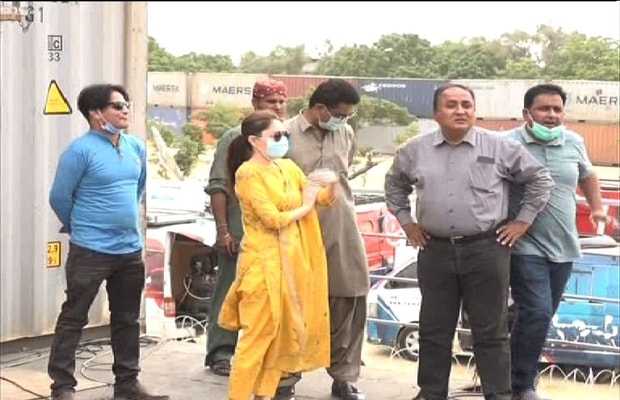 The Pakistan Democratic Movement (PDM, comprising all opposition parties, will be holding its second public meeting in Karachi on Sunday at Bagh-i-Jinnah adjacent to Quaid’s mausoleum.

Pakistan Peoples Party (PPP) is the host of the Karachi rally and it will also mark the death anniversary of the twin Karsaz blasts that occurred at the homecoming procession of former prime minister Benazir Bhutto in 2007.

PPP Chairman Bilawal Bhutto said that Sunday’rally would be a referendum against the ‘puppet regime’.

Meanwhile, in Karachi, preparations for the rally are in full swing at the venue. Reportedly, at least 50,000 chairs have been arranged at Bagh-i-Jinnah. The area in front of the stage is to be reserved for women.

Furthermore, a security wall of containers has been made around the stage, with barbed wire placed in front of the stage.

Ahead of PDM Karachi’s rally, Traffic Police has issued the traffic plan for the metropolis, announcing the substitute routes. 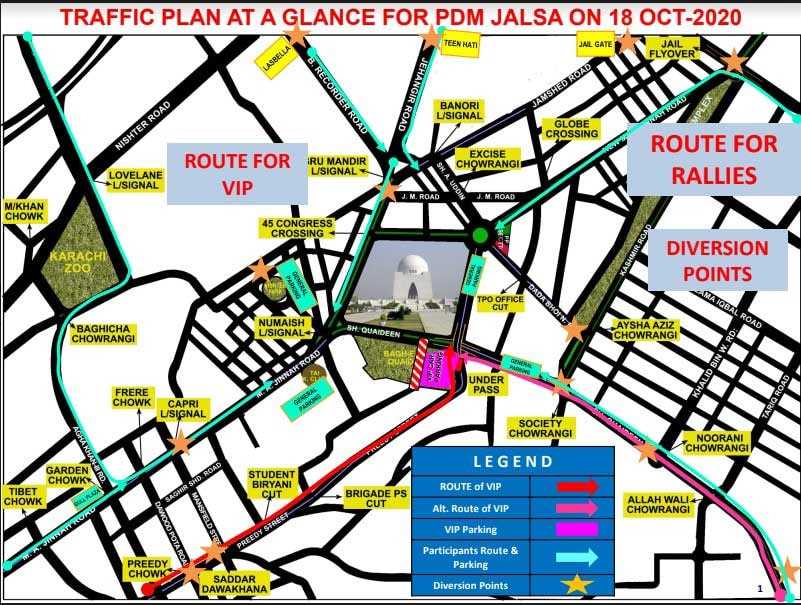 Traffic coming through Shahrah-e-Quadeen will not be allowed to go beyond Noorani signal. While the route leading to Numaish from Jamshed Road and Teen Hatti will be closed, commuters will be diverted to the route from Gurumandir to Bahadur Yar Jang Road to the Jail Road flyover to Tariq Road.

The traffic coming from Nazimabad and Teen Hatti will not be allowed to go to Guru Mandir.

Vehicles from University Road will have to turn to their left on Shaheed-e-Millat and traffic coming from Jail Chowrangi will be diverted toward Soldier Bazaar.

People won’t be allowed to take the route from New MA Jinnah Road to Corridor 3.

Participants coming from Hyderabad can reach the venue via Water Pump and Liaquatabad, while those coming from Thatta, Malir, and District East reach via PPP Chowrangi after parking their vehicles near Resident Engineer’s office.

tweet
Share on FacebookShare on TwitterShare on PinterestShare on Reddit
Saman SiddiquiOctober 17, 2020
the authorSaman Siddiqui
Saman Siddiqui, A freelance journalist with a Master’s Degree in Mass Communication and MS in Peace and Conflict Studies. Associated with the media industry since 2006. Experience in various capacities including Program Host, Researcher, News Producer, Documentary Making, Voice Over, Content Writing Copy Editing, and Blogging, and currently associated with OyeYeah since 2018, working as an Editor.
All posts bySaman Siddiqui