Mark your calendars for Friday, October the 4th for the return of the Shelby clan on Netflix! 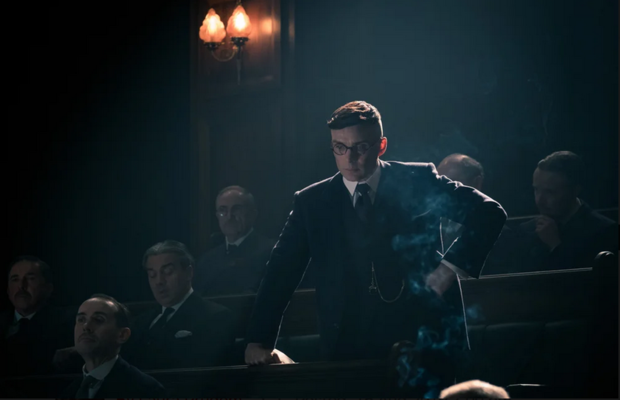 International viewers don’t have to wait too much longer for Peaky Blinders season 5. As announced recently that the much anticipated new season will be landing on streaming site in October.

Tommy Shelby and the gangster clan will first hit the screens with first episode that will air on BBC One on Sunday, August 25 at 9 PM local, as the series has been moved from its previous home on BBC Two.

The US and international audiences will be able to binge the entire six-episodes of the new season on Netflix, so mark your calendars for Friday, October the 4th for the return of the Shelby clan.

Peaky Blinders Season 5 will “find the world thrown into turmoil by the financial crash of 1929. When Tommy Shelby MP is approached by a charismatic politician with a bold vision for Britain, he realizes that his response will impact not only the future of his family but that of the entire nation”.

Peaky Blinders season 4 came to Netflix UK on December 19, 2018, a year after it aired on the BBC.

tweet
Share on FacebookShare on TwitterShare on PinterestShare on Reddit
Saman SiddiquiAugust 17, 2019
the authorSaman Siddiqui
Saman Siddiqui, A freelance journalist with a Master’s Degree in Mass Communication and MS in Peace and Conflict Studies. Associated with the media industry since 2006. Experience in various capacities including Program Host, Researcher, News Producer, Documentary Making, Voice Over, Content Writing Copy Editing, and Blogging, and currently associated with OyeYeah since 2018, working as an Editor.
All posts bySaman Siddiqui