The Pakistan Electronic Media Regulatory Authority (PEMRA) on Friday has barred all TV channels and media outlets from covering of motorway rape case.

A notification related to the case has been issued by PEMRA stating that content related to the investigation carried out in the motorway rape incident will diminish “the evidentiary worth of the material collected by the prosecution”.

PEMRA said that the crime is related to sexual assault, therefore the media coverage about victim and her family will lead to discomfort and disgrace for the rape survivor. 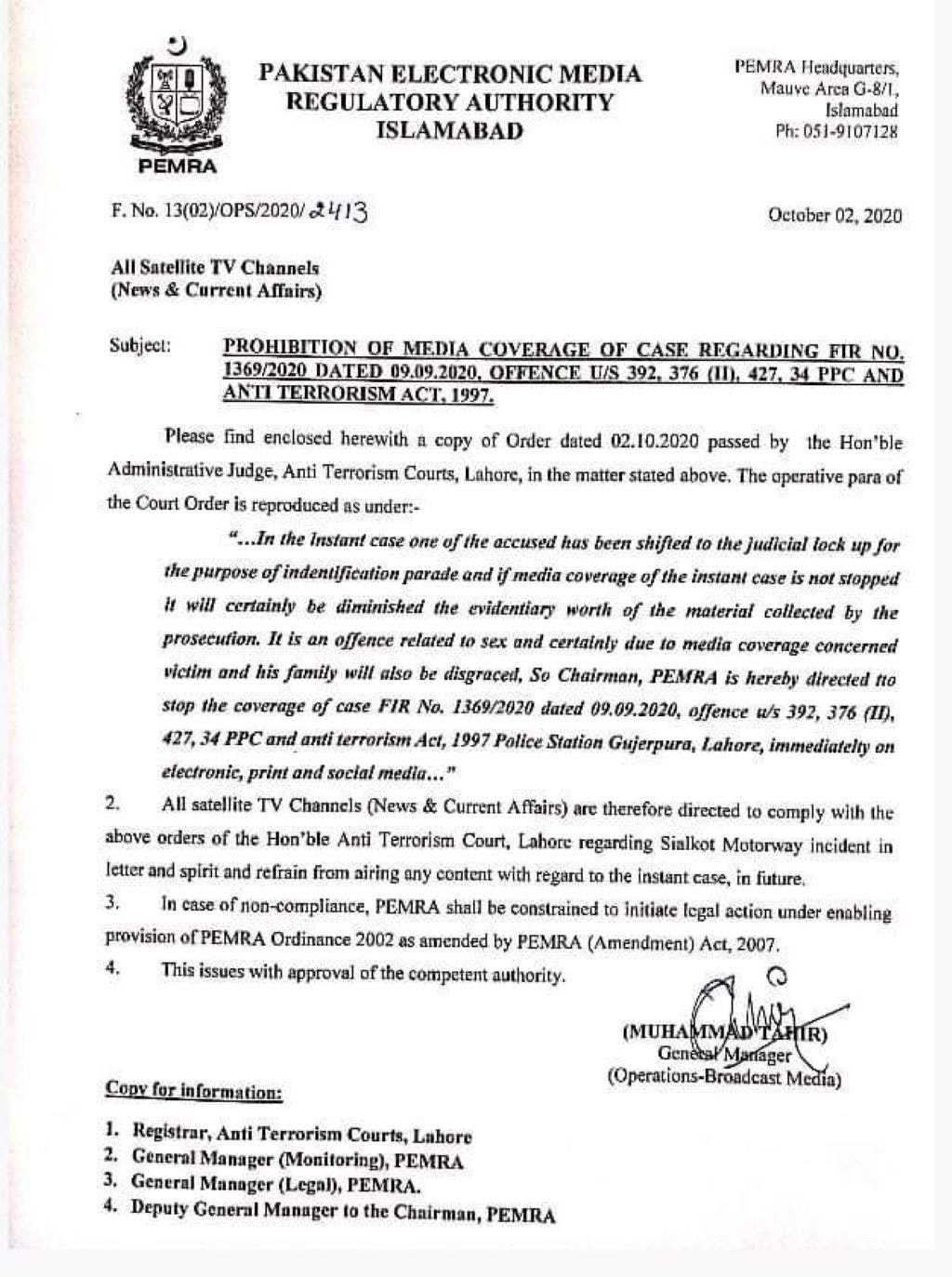 The regulatory authority stated that all TV channels should refrain from airing of such. Otherwise, strict legal action would be taken against those not complying with the PEMRA ordinance.

On September 9, a woman was gang-raped on the Motorway within Gujjarpura police limits.

She was travelling with her two children was on her way to Gujranwala in a car. She had to stop at the Gujjarpura section of the Motorway after running out of fuel at around 1.30 am.

The woman called a relative and sent him her location and was asked by her relative to also dial the Motorway Police helpline 130.

Later, two armed men, who found the woman alone, approached the car, broke the car window glass and took her and her children to a nearby field at gunpoint, and gang-raped her in front of the children.

Later, Punjab police arrested a key suspect identified as Shafqat related to the incident. He is a friend of prime suspect Abid who is still not arrested.