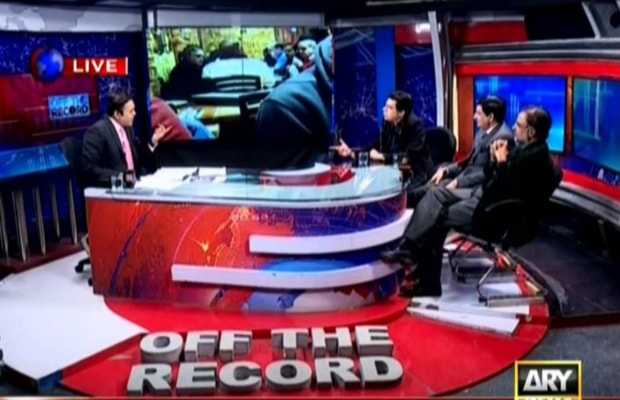 The Pakistan Electronic Media Regulatory Authority (PEMRA)  has issued notice to anchorperson Kashif Abbasi’s show “Off The Record” on ARY News for broadcasting “ a willful attempt to debase and demean a state institution by dragging it unnecessarily in a debate” on Wednesday.

PEMRA shared the notice on the micro-blogging website Twitter late on Wednesday. The regulatory body said that it has banned the programme “ OFF THE RECORD” on ARY News for 60 days.

PEMRA Bans programme " OFF THE RECORD" on ARY News for 60 days. pic.twitter.com/TuknaIlzWn

According to the show-cause notices issued to ARY News, the airing of such content was in violation of the PERMA code of conduct adding that the host of the show Kashif Abbasi was quite unprofessional who actually did not intervene or stopped the unethical act performed by one of the panelist, Federal Minister Faisal Vawda during the live show.

The notice further pointed out that the host of the show rather took the entire incident “casually” and kept cherishing such occurrence.