The regulatory body demands News One channel to respond within seven days "as to why legal action may not be initiated against the channel for violating Pemra laws". 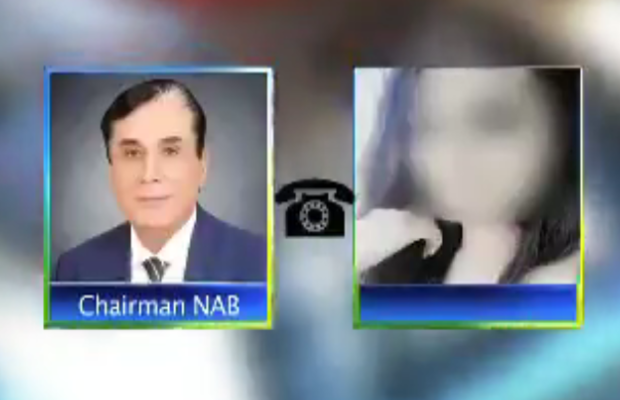 NAB has denied that the audio clips had anything to do with its chairman, terming them “baseless, fake and based on lies”.

A show-cause notice was sent to the chief executive officer of M/s Airwaves Media Pvt. Ltd. (News One), in which Pemra stated that the TV channel had on May 23 “repeatedly flashed” breaking news “targeting” the NAB chairman along with audio and video clips.

According to the authority, “the channel continued claiming that the defamatory statements and clips were being aired in the public interest”.

The news items were halted from airing the and the channel issued an apology around an hour later which stated that the clips were found to be “unconfirmed and unverified”.

The notice also said that the broadcaster also apologized to the NAB chief for airing the news.

“Airing such defamatory and false propaganda [and] maligning a dignitary and head of an important institution amounts to sheer violation of [the] Electronic Media (Programmes and Advertisements) Code of Conduct 2015” and Pemra Ordinance 2002, Pemra has reminded the News Channel.

The regulatory body demands News One channel to respond within seven days “as to why legal action may not be initiated against the channel for violating aforementioned Pemra laws”.

As being reported, the channel’s CEO has also been directed to appear for a personal hearing at the Pemra headquarters in Islamabad on May 31, in person or through a representative.

Upon failing to comply with the directives, Pemra says that it would initiate ex-parte proceedings against the media outlet.