Pentagon confirms strikes against Kataib Hezbollah in Iraq and Syria

The Pentagon says that it has targeted three locations of the Iranian-backed Shi'ite Muslim militia group in Iraq and two in Syria. 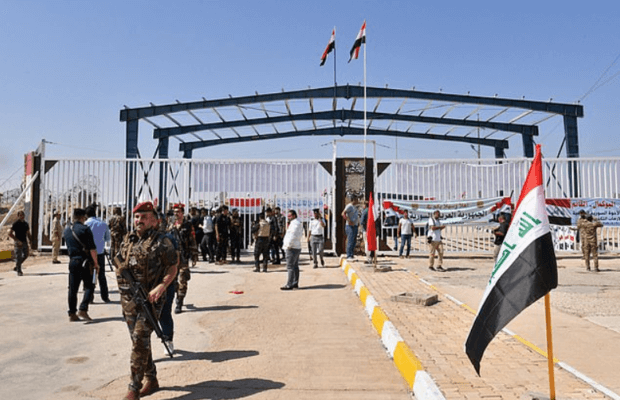 The US military has carried out ‘defensive strikes’ in Iraq and Syria against the Kataib Hezbollah militia group, the Pentagon said on Sunday.

This development took place two days after an American civilian contractor was killed in a rocket attack on an Iraqi military base.

The Pentagon says that it has targeted three locations of the Iranian-backed Shi’ite Muslim militia group in Iraq and two in Syria.

According to the Pentagon the locations that were targeted, included weapons storage facilities and command and control locations the group had used to plan and execute attacks on coalition forces.

The United States had accused the group of the 30-plus rocket attack on an Iraqi military base on Friday.

The attack killed a US civilian contractor and injured four US service members and two members of the Iraqi Security Forces near the oil-rich city of Kirkuk.

News agency Reuters reports that in Iraq, several Iraqi militia fighters were killed on Sunday in an air strike on their headquarters near the western Qaim district on the border with Syria.

The sources said that the strike was likely carried out by drones and targeted Kataib Hezbollah, and ambulances were heading to the area.

Three militiamen’s bodies, including one of a local commander, had so far arrived at a field hospital near Qaim, according to an Iraqi army officer.

tweet
Share on FacebookShare on TwitterShare on PinterestShare on Reddit
Saman SiddiquiDecember 30, 2019
the authorSaman Siddiqui
Saman Siddiqui, A freelance journalist with a Master’s Degree in Mass Communication and MS in Peace and Conflict Studies. Associated with the media industry since 2006. Experience in various capacities including Program Host, Researcher, News Producer, Documentary Making, Voice Over, Content Writing Copy Editing, and Blogging, and currently associated with OyeYeah since 2018, working as an Editor.
All posts bySaman Siddiqui