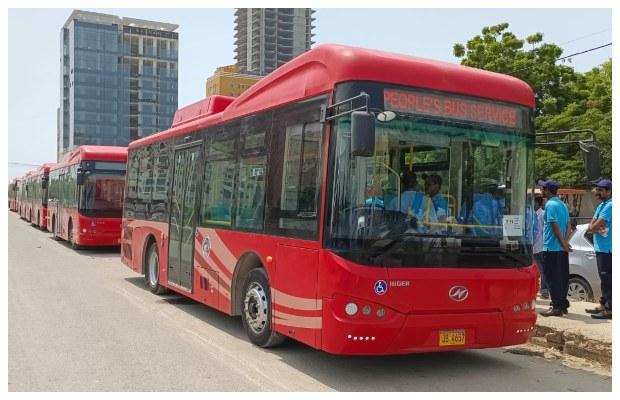 Peoples Bus Service’s 9 routes have been officially notified on Sunday.

Commissioner Karachi Muhammad Iqbal Memon who is also the Chairman of Regional Transport Authority Karachi has issued the notification in order to meet the demands of the citizens.

The public transport infrastructure in the metropolis is finally getting a series of major upgrades for which the people of Karachi have waited a long time.

tweet
Share on FacebookShare on TwitterShare on PinterestShare on Reddit
Saman SiddiquiSeptember 18, 2022
the authorSaman Siddiqui
Saman Siddiqui, A freelance journalist with a Master’s Degree in Mass Communication and MS in Peace and Conflict Studies. Associated with the media industry since 2006. Experience in various capacities including Program Host, Researcher, News Producer, Documentary Making, Voice Over, Content Writing Copy Editing, and Blogging, and currently associated with OyeYeah since 2018, working as an Editor.
All posts bySaman Siddiqui