Pervez Khattak said it was "youthful exuberance" and "happens all the time". 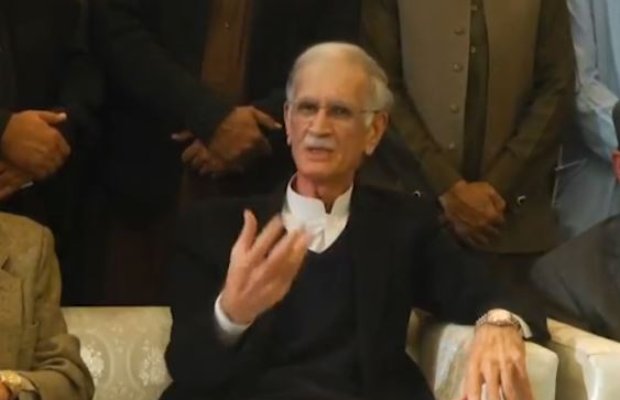 Defence Minister Pervaiz Khattak is being lambasted for his insensitive statement on the Sialkot tragedy.

Speaking on the lynching of a Sri Lankan factory manager in Sialkot, defence minister Pervez Khattak said it was “youthful exuberance” and “happens all the time”.

Defence Minister of Pakistan Pervez Khattak had expressed his views that the ghastly lynching of a Sri Lankan man at the hands of a mob in Sialkot should not be linked to the government’s decision to lift the ban on the TLP, saying even “murders take place” when young people get emotional.

Priyantha Kumara, the export manager of a private factory, was killed by a mob of workers of the factory on Wazirabad road in Sialkot on Friday

His remarks have met with serious criticism leaving civil society in uproar on social media.

#PuppetDefenceMinister #PervaizKhattak should be tried for justifying the barbaric #Sialkot mob lynching & encouraging public to take law into their hands. Shows how serious #PuppetGovernment is in ensuring #JusticeForPriyantha. #GayaPakistan @EU_Commission @UNHumanRights @UN https://t.co/2oYFuZ7PER

Pakistan's Defense Minister Pervez Khattak justified the accused in the tragic incident in Sialkot instead of punishing them and said that children play and this incident should not be linked to any party. pic.twitter.com/JUv45t0PKR

Sitting ministers like Pervez Khattak of this regime is justifying what happened in #Sialkot . State has legitimized it by making secret deals with them earlier. Post incident condemnation of the government means nothing but a drama to divert public from roots.

Children, wife, and family lost their family member and this man who is in power, speaking as nothing happened. Disgusting

How do you sleep?

Minister of Defence OR Offence?
Pervez Khattak defends the killers in the #sialkotincident by saying that
“KIDS get excited & there r fights & even killings”.@GotabayaR @POTUS @UN @amnesty @IMFNews @FATFNews @Europarl_EN
Do u not see that
Pakistan is a facilitator of terrorists? pic.twitter.com/fGJ31H1dPO

There is a method to this madness. #Sialkot https://t.co/qQhhzbpCbd

Friday was a shameful day for Pakistan as a mob in Sialkot brutally murdered a Sri Lankan man and set his body on fire over blasphemy allegations.