The fire broke out at the back of a BRT on the Hayatabad route, spokesman for TransPeshawar said. 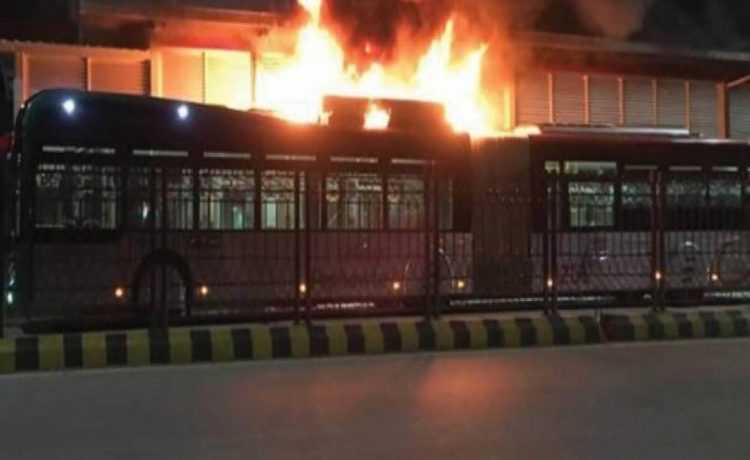 According to the details, the fire broke out at the back of a BRT on the Hayatabad route, spokesman for TransPeshawar said.

All passengers were safely evacuated after the fire broke out in the metro bus, while firefighters reached the scene of incident to extinguish the blaze.

The service would be restored after each bus is technically cleared, according to spokesman.

It is pertinent to mention here that this is the fourth such incident in less than a month.

At least 128 buses operating on the 27-kilometre BRT track in Peshawar. They stop at 30 stations across the metropolis.

The Peshawar BRT service was inaugurated by Prime Minister Imran Khan on August 14 after multiple delays. He had called it “the highest-level metro project of the country”.