According to the spokesman for the university, the dress code would lessen the financial burden on parents and students 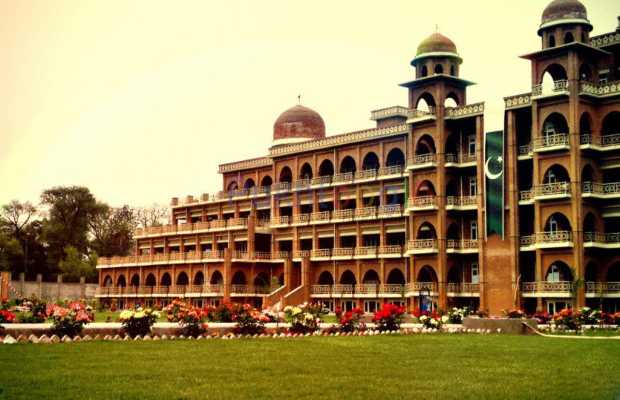 The University of Peshawar has reinforced a dress code for its students that was first introduced in 2013.

As being reported, two separate notifications were issued on Friday.

The first notification was a repetition of the one issued earlier in March 2013 wherein the female students were asked to wear white shalwar and kameez of a colour of their choice as well as a white overall and an identity chest card.

As per the other notification issued by the university management, female students must wear “white shalwar with kameez of their own choice, while men should wear decent/modest clothes.” 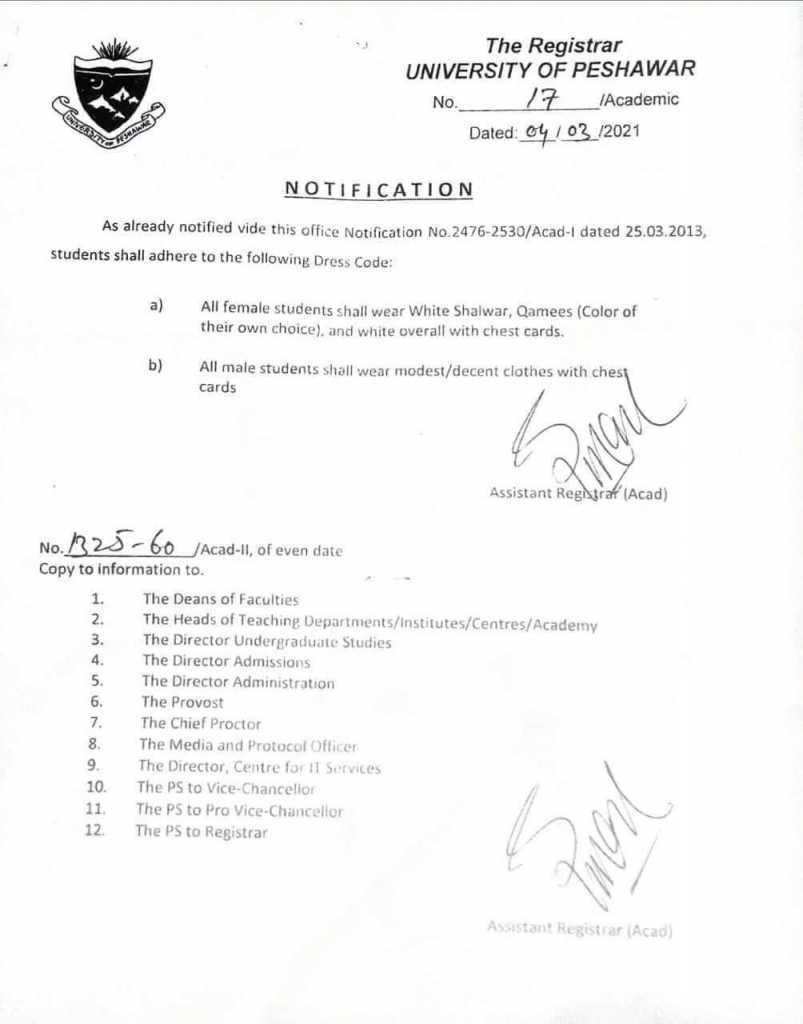 The university’s spokesperson while talking about the notification said that the dress code is being implemented to “lessen the financial burden on the parents”.

A similar action was taken by Hazara University, located in Mansehra, Khyber Pakhtunkhwa back in January by announcing a new dress code for the students, administration staff, and faculty.

The official notification issued by the Hazara University administration restricted both female and male students from wearing certain attire as part of a new dress code policy.

According to a notification, the female students were barred from wearing jeans, tights, T-shirts, heavy makeup. Furthermore, carrying expensive handbags and wearing jewelry has also been banned.