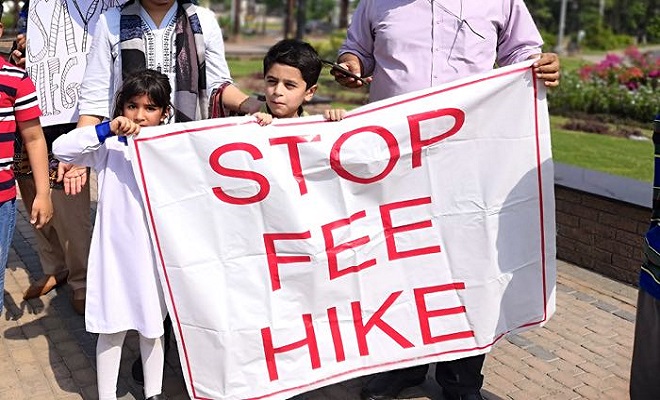 As of the recent developments in the private school fee hike issue in the courts, major schools have been held accountable for contempt of court.

On September 3rd last year, the larger bench in Sindh High Court ruled that the schools had to abide by the last approved fee structure. The amount overcharged by schools had to be returned within 90 days.  However, the schools did not comply to the ruling.

Petitioner parents then filed for contempt of court in November since the schools failed to abide by the ruling passed by SHC. As a result, it was investigated that a number of schools didn’t have their structures approved in the first place including Beaconhouse and City School, alongside Foundation and Head Start.

On 3rd December, the judges stated that they didn’t want to collapse the system and therefore the schools would run as per schedules, however with further investigation. The court then stated that the fee structure approved in 2016-2017 would be the base and further 20% reduction on the base fee would be given to parents.

Once again, the schools failed to comply with the court rulings and therefore a petition for contempt of court was filed by the parents.

Major schools including the Foundation Public School, Beaconhouse, Head Start and City School are now falling into the contempt of court category. The schools have not at all complied to the rulings passed by the court in December 2018, calling all of them to slash 20% of their fee in actuality.

It is noteworthy that both Foundation and Head Start school played a dirty game by increasing their fees 40% and then cutting it down to 20% (kept the same with smartness) issuing vouchers to unaware parents.

The school were issued a contempt of court order following the developments. Since these schools had to give a 20% reduction on the last approved structure (as of 2016-2017) and failed to do so, the courts are now holding them accountable.

the courts have also addressed issues held by parents about schools issuing notice about outstanding fees and children not allowed to appear for exams. As per the ruling, children will now be able to take their exams and fee situation will be cleared by the 15th of April.

There has been no representation from City and Beacon and the petitioners are now calling out parents from respective schools to lend a hand and stand together in unity.