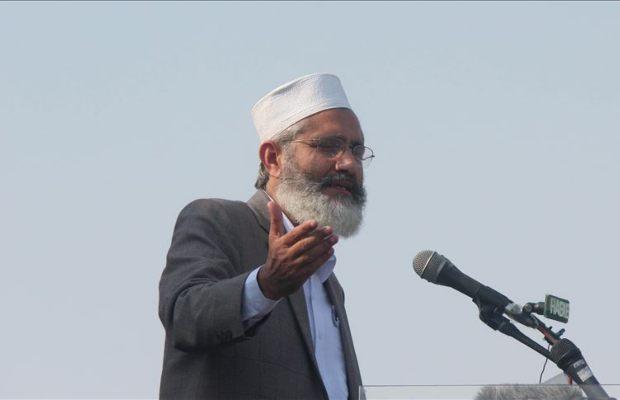 Jamaat-e-Islami has announced a two-day protest against the recent petrol price hike.

On Tuesday night, the government announced the new increase in petroleum product prices including Rs 12.03 in petrol price per litre.

The price of petrol in the country has surged to a record level of Rs159.86 per litre.

JI chief Siraj-ul-Haq in response to the prise hike said that there would be protests on Thursday and Friday against the oppressive government move.

Ameer of Jamaat-e-Islami Siraj-ul-Haq while reacting to the conscious increase in petroleum products said that the PTI government has crossed all the limits of oppression on the poor people, rejects the increase of Rs 12 per liter in the price of petrol.

“The government should reduce the price by at least 50%, levy on petroleum products, abolish customs duty and give subsidies to the people. The government’s anti-poor policy is the culmination of oppression and injustice,” said.

Siraj-ul-Haq added that on the orders of the IMF, the people are being flogged for inflation, increase in prices of diesel, kerosene oil, light diesel by Rs 10 to 12 per liter is unacceptable.

The ruling party should immediately reduce the rates of food items, petrol, electricity, and medicines by 50%, he demanded.

Opposition parties have rejected the increase in petroleum prices and demanded the government reverse the decision.

Reacting to the development, Mustafa Kamal said, “an incompetent government has adopted a policy to eradicate the poor from a country, not poverty, while the continued rise in petrol prices has crushed the bourgeoisie and proletariat of the country.”