The plane's tyre exploded during take-off from the Gawadar airport 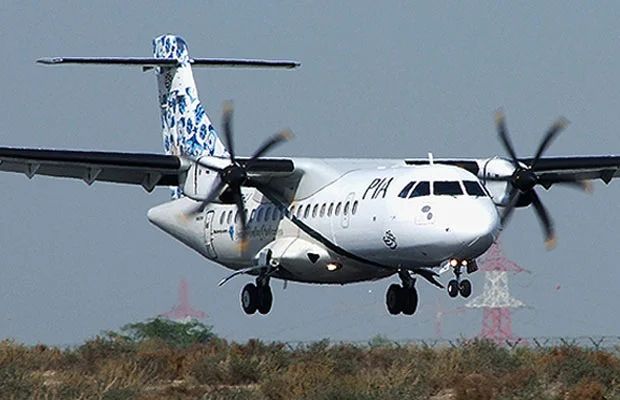 As reported, the plane’s tyre exploded during take-off from the airport but fortunately, the plane managed to land safely at the Jinnah International Airport, Karachi.

Upon timely notification of Gwadar ground staff, Karachi Control Tower informed the captain about the situation and declared an emergency at Karachi Airport.

According to PIA spokesperson, Abdullah H Khan, everything was “Ok” before the flight — PK-504 — that took off from Gwadar.

“But when the plane departed, the control tower informed the crew that they have found a rubber piece on the runway, which can be a tyre piece or some other object so they take care of it,” he said.

He added that when the flight landed at Karachi airport, one of the tyres was deflated and damaged.

“The reason is yet to be ascertained because a proper investigation would be held just like after every major and minor incident,” he said.

He said that the Aircraft Accident Investigation Board (AAIB) would investigate the incident as per normal practice.

“There was an object which damaged the tyre, or the runway was rough or any other material issue, whatever the reason was, it will be ascertained after the final report,” the spokesperson added.