PIA chartered flight PK-9785 flew from Islamabad to London and back. 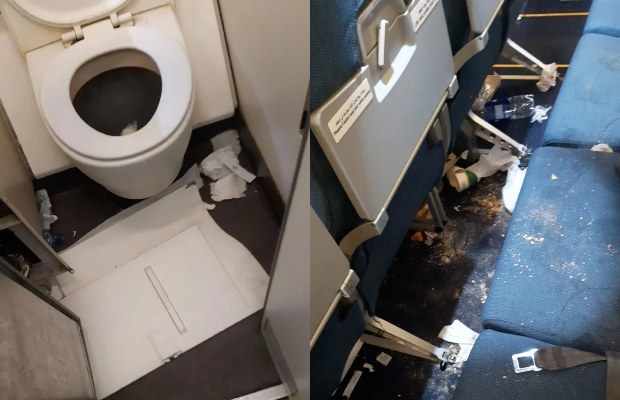 PIA passengers proved to be an international embarrassment as they turn aircraft into a trash can!

The images of PK-9785, heading from Islamabad to London have been shared on social media revealing how the passengers onboard the flight littered the aircraft.

As being reported, the British firm that was tasked with deep cleaning of the planes has released its pictures on social media.

Reportedly the aircraft was in such a mess that even the passengers refused to board it before the plane left Islamabad for London.

The national flag carrier has appealed to the passengers to keep its planes neat and clean.

The PIA flight back from London was delayed on Wednesday because the plane had to be deep cleaned, a PIA spokesperson shared.

Check out how the passengers onboard the flight PK-PK-9785 turned the plane into a trash can: