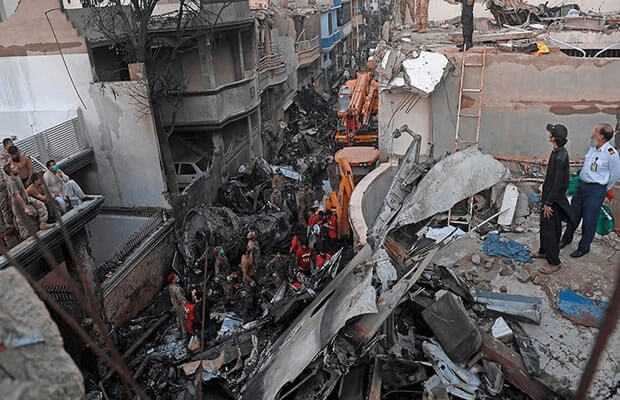 A team of the European aircraft manufacturer, Airbus, will arrive in Karachi today to investigate the recent plane crash in the city, which claimed 97 lives.

Airbus will run an independent investigation into the plausible reasons for the crash, which reportedly happened due to an engine failure.

As being reported, the transfer of objects from the site of the incident has been halted due to the arrival of the team.

The flight PK-8303 was enroute from Lahore to Karachi that  crashed near Karachi’s Model Colony area on Friday.

The plane, A320 Airbus, was carrying 91 passengers and eight crew members and was scheduled to land at Jinnah International Airport when it reportedly developed a technical fault.