PIA tells cabin crew to lose weight or be grounded

The national flag carrier has set the new year goals! 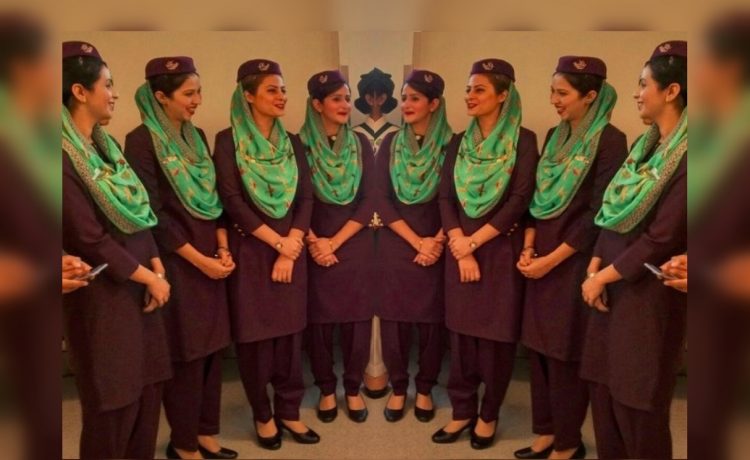 Apparently, this isn’t the first time the airline has told its employees to lose weight. It was also mentioned that the crew was also told to lose weight on May 10, 2016.

The cabin crew members who weigh 30 pounds over the set limit should lose five pounds every month till July of this year. 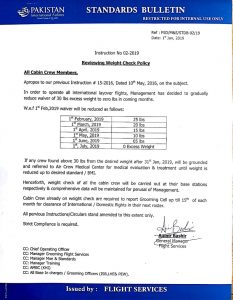 “If any crew found above 30lbs from the standard weight after January 31, 2019, will be grounded and referred to Air Crew Medical Center for medical evaluation and treatment until the weight is reduced up to the desired standard. BMI,” it added.

The circular further reads, “Henceforth, weight check of all cabin crew will be carried out at their base stations respectively and comprehensive date will be maintained for the perusal of management”.

The circular has also directed all cabin crew already on weight check to report to the “grooming cell up till the 15th of each month for clearance of international/ domestic flights in their next roster”.

As being reported crew members have expressed reservations over the circular and said that if it is not taken back they will challenge it in the Supreme Court.

tweet
Share on FacebookShare on TwitterShare on PinterestShare on Reddit
Saman SiddiquiJanuary 2, 2019
the authorSaman Siddiqui
Saman Siddiqui, A freelance journalist with a Master’s Degree in Mass Communication and MS in Peace and Conflict Studies. Associated with the media industry since 2006. Experience in various capacities including Program Host, Researcher, News Producer, Documentary Making, Voice Over, Content Writing Copy Editing, and Blogging, and currently associated with OyeYeah since 2018, working as an Editor.
All posts bySaman Siddiqui