People are thinking of it as an azaab 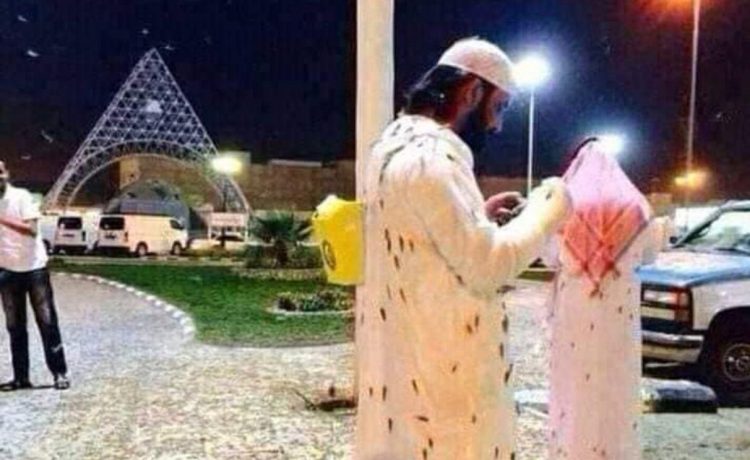 In an unexpected set of events, a huge plague of insects, locusts, were seen descending on Makkah (the holiest site for Muslim pilgrims) leaving all worshippers along with the walls, floors and everything else in the Grand Mosque covered in insects.

Video shared on social media show the insects vividly around the Great Mosque.

According to Makkah authorities, a team of 132 members has been set upon the city to clear it of the insects. The insects, identified as black grasshoppers/crickets, are now being exterminated in Makkah around the area of the Grand Mosque.

According to the authorities in Makkah, environmental sanitation teams for Makkah are now working on to eradicate the locusts, spraying insecticides in the fountains, drains and area surrounding the Grand Mosque. “We are focusing on the areas of reproduction and breeding of insects, sewers, and open water source around the yards of the Holy Mosque and in all toilet scarred in the yards of the mosque,” said Makkah authorities.

Residents of Makkah have confirmed never having seen before a similar onset of insects in the city. Muslims all across the globe are terming it as an ”azaab” while authorities are focused on exterminating the scientific cause of the onset of black grasshoppers/crickets in the city.