A rescue operation is underway at the site of the tragic incident. 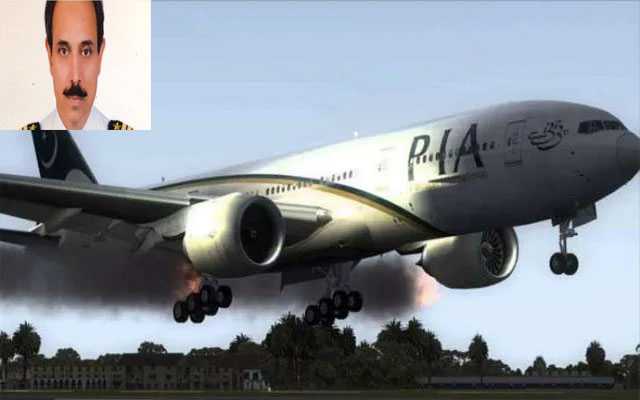 The Pakistan International Airlines (PIA) plane with 90 passengers and 8 crew members on board crashed near Model Colony area of Karachi on Friday afternoon.

A rescue operation is underway at the site of the tragic incident.

As being reported, the plane was flown by the national airline Captain Sajjad Gul, who had also contacted the control room before the crash landing.

The last conversation of the pilot Sajjad before the plane crash have just surfaced, who reported the control room about the technical fault and asked permission for landing.

The control room immediately replied to the pilot saying that both the runways were ready to land the flight but the pilot then decided to go round before landing.

“We have lost engine,” were the last words from the pilot Sajjad Gul and during the time before the plane was landed, it crashed.

The Civil Aviation Authority (CAA) said that its communication with the plane was cut off one minute before its landing.