Secretary Petroleum Mian Asad Hayauddin will also be asked to report to the Establishment Division. 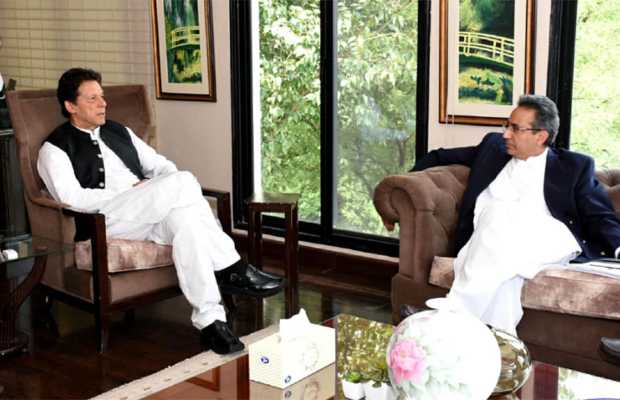 Amid probe into the recent petrol crisis in Pakistan, PM Imran Khan has directed Nadeem Babar his aide on petroleum to step down.

Minister for Planning, Development, and Special Initiatives Asad Umar announced the decision in a press conference on Friday.

He also shared details of findings by the Federal Investigation Agency in a probe ordered by the premier to ascertain the reasons behind petroleum shortages in the country.

“Secretary for Petroleum Division (Mian Asad Hayauddin) will also be asked to report to the Establishment Division once his replacement is finalised,” Umar added.

“The prime minister has decided that the entire chain (responsible for the crisis) has to be investigated, this decision was made so that no doubt remains of any one person’s possible involvement,” the minister added.

According to sources, when the report of the commission on the petroleum crisis was presented in the cabinet, Prime Minister Imran Khan had formed a committee of four federal ministers for further investigation instead of taking immediate action.

According to sources, the four ministers prepared separate reports on the petroleum crisis, in which Nadeem Babar and Secretary Petroleum were held responsible.