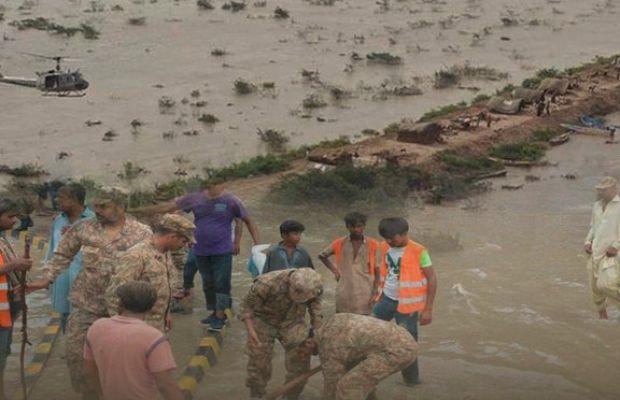 PM is displeased with officials’ failure to provide food at relief camps in Balochistan!

The prime minister’s visit comes as another nine people were killed in rain-related incidents in Balochistan over the past 24 hours, taking the death toll to 136, according to the Provincial Disaster Management Authority (PDMA).

However, the prime minister was displeased with the officials’ failure as he visited the tent city in the Khushnob area of Qila Saifullah District.

He ordered strict action against the provincial administration over negligence in ensuring the availability of food and drinking water at a tent city set up to accommodate the flood victims.

PM Shehbaz Sharif also ordered an increase in the compensation amount for partially or fully destroyed houses to Rs500,000.

PM said that it was our national tragedy that no attention was paid to dams in the country.

The challenge before us is gigantic, but we all have to fight it together, he added.

He also appreciated the restoration and relief efforts of the NHA.

Chief Minister Balochistan Abdul Quddus Bizenjo who accompanied the PM said that the provincial government had ensured the availability of food rations for one month for the tent city.

However, CM Balochistan ensured that an inquiry would be conducted to find out the case of unavailability of food and water at the relief camps.