The premier said that the progress of underdeveloped areas is first priority of his party Pakistan Tehreek-e-Insaf (PTI). 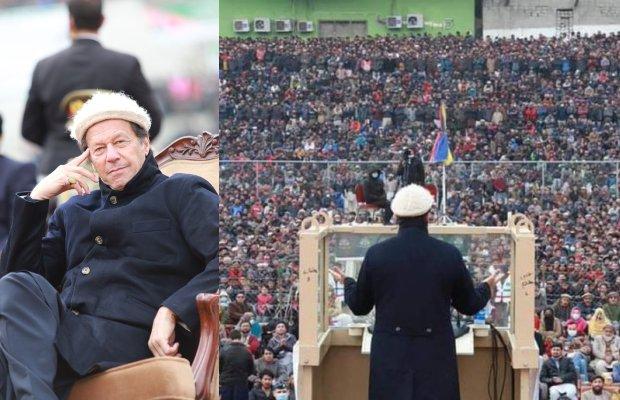 Prime Minister Imran Khan in a day-long visit to the region on Thursday has inaugurated Skardu International Airport and the Jaglot-Skardu strategic road, two major pieces of infrastructure.

While addressing a public gathering at Municipal Stadium Skardu, the prime minister said the facility’s elevation to an international airport would bring untold changes for the locals.

The premier said that the progress of underdeveloped areas is first priority of his party Pakistan Tehreek-e-Insaf (PTI).

Several steps have been taken in order to bring at par areas such as Gilgit Baltistan, tribal districts, South Balochistan, Interior Sindh and those in Punjab at par with the developed ones, he added.

PM said that he knew how important connectivity was for regions such as Skardu, which were at the mercy of the weather where flights would often get cancelled because of bad weather.

He said, ‘but now, with a better road, the region would be better connected,’ adding that he hoped people would be able to come during the summer and winter months.

“Tourism can become a big asset of Pakistan,” he said, adding that if Switzerland could generate $70 billion from tourism then Pakistan could also generate substantial income from tourism all year long.

“You can’t imagine the change it will bring to your lives, but I can. I’ve seen Austria, Switzerland… I tell you, we have the world’s most beautiful mountains in GB.”