He also pointed out that the number of confirmed coronavirus cases had reduced and the country's economy had started an upward journey as well. 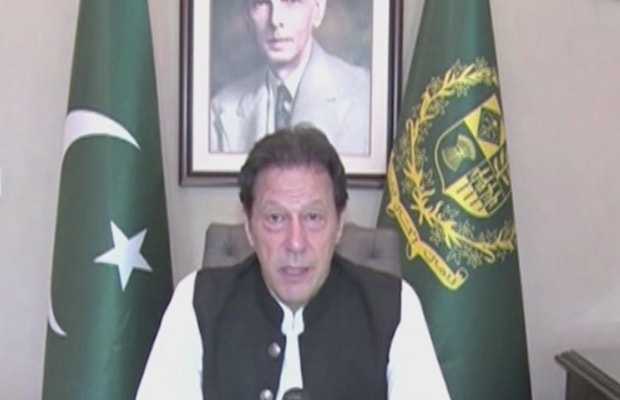 In his televised address PM stressed that the country’s economy is improving after the COVID-19 crisis and “We had a very difficult two years. We didn’t have foreign exchange and couldn’t pay our debts”.

“We have avoided a huge crisis because we didn’t default [on payments]. But I know it hasn’t been easy for the people, I understand the difficulties they faced and still are facing.”

“The world’s exports started to go down, ours increased [during the coronavirus],” he said.

“When the government was formed, there were no foreign exchange reserves. It was difficult to repay loans,” said the prime minister. The premier assured the people he knew the difficulties they were going through before and currently as well.

“The good news is that [economic] conditions were improving. The stock market has started performing better due to people’s confidence [in the country],” he stated.

“Despite the pandemic, our tax collection in June exceeded our targets,” he said, adding that exports have gone up, despite the coronavirus crisis that has wreaked havoc on the global economy.

PM also congratulated the nation for coming together and “fighting against the coronavirus” and said: “Hardly any other nation was able to successfully balance” between the economy and the virus.

He also pointed out that the number of confirmed coronavirus cases had reduced and the country’s economy had started an upward journey as well.

“This does not mean we have won this battle,” he warned and urged people to continue taking precautions, the most important and basic of which is to wear a mask while leaving the house.

tweet
Share on FacebookShare on TwitterShare on PinterestShare on Reddit
Saman SiddiquiAugust 14, 2020
the authorSaman Siddiqui
Saman Siddiqui, A freelance journalist with a Master’s Degree in Mass Communication and MS in Peace and Conflict Studies. Associated with the media industry since 2006. Experience in various capacities including Program Host, Researcher, News Producer, Documentary Making, Voice Over, Content Writing Copy Editing, and Blogging, and currently associated with OyeYeah since 2018, working as an Editor.
All posts bySaman Siddiqui