This will be Imran Khan's first visit to the MQM-P office as Prime Minister. 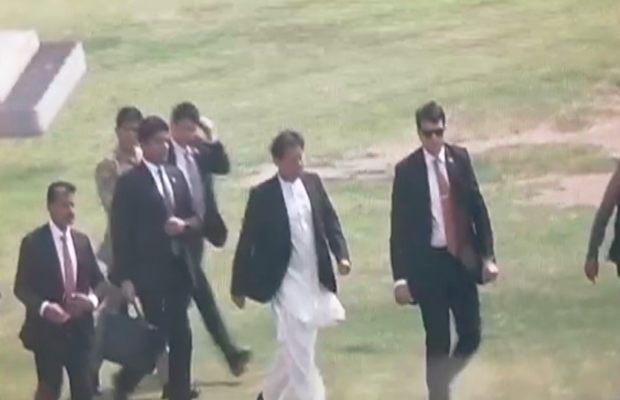 Strict security arrangements have been made for the arrival of the Prime Minister in Bahadurabad.

Media representatives have also been kept away from the center on this occasion.

The premier was received by PTI and MQM-P members at the Bahadurabad office.

The visit comes a day after the joint opposition submitted a no-confidence motion against PM Imran Khan with the National Assembly Secretariat.

It is pertinent to mention here that, this is Imran Khan’s first visit to MQM-P’s office as prime minister.

“The PM is visiting Karachi to meet the federal government’s coalition partners. He will also chair a meeting of the party’s Sindh advisory council. He will also address party leaders and workers,” said party spokesperson MPA Arsalan Taj.