Balochistan government announced a two-day holiday (March 9 and 10) for the Hindu community to celebrate Holi. 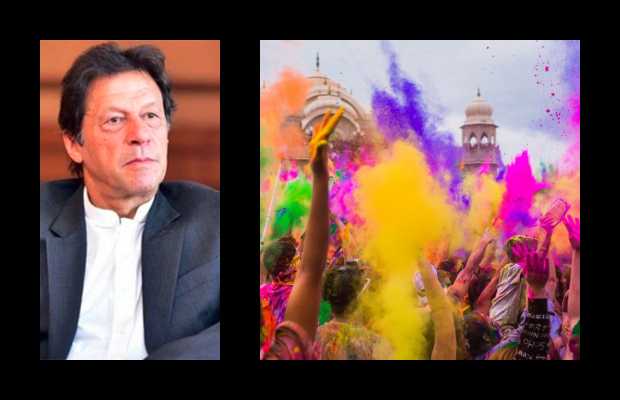 PM Imran Khan has extended greetings to the Hindu community of Pakistan as they celebrate their religious festival of Holi.

Known as the festival of colours, Holi is being celebrated across the country today.

In a tweet, PM Imran Khan said, “Wishing all our Hindu community a very happy and peaceful Holi, the festival of colours.”

Earlier on Sunday, the Balochistan government announced a two-day holiday (March 9 and 10) for the Hindu community to celebrate Holi.