Time Magazine has issued its special edition on the World Economic Forum that kicks off today. 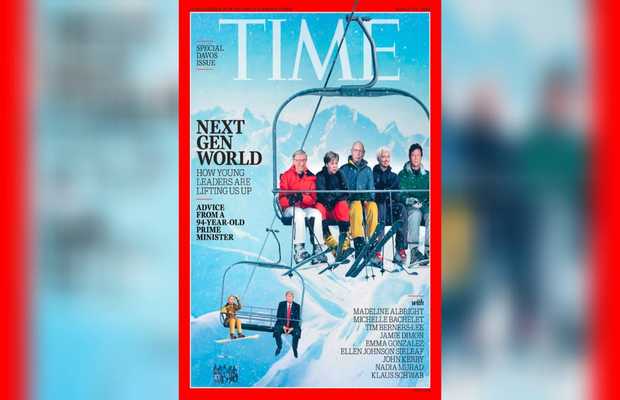 Prime Minister Imran Khan has been featured on Time Magazine’s cover along with 5 other world leaders.

Time Magazine’s special issue comes out as the World Economic Forum that kicks off in Davos, Switzerland today.

Pakistani premier is also attending the event, where he will also deliver a key note address at the World Economic Forum.

US President Donald Trump can also be seen in the cover picture, sharing the chair lift with the teenage climate activist Greta Thunberg.