Speaking on the occasion, PM said present government is trying to change priorities to uplift the poor families 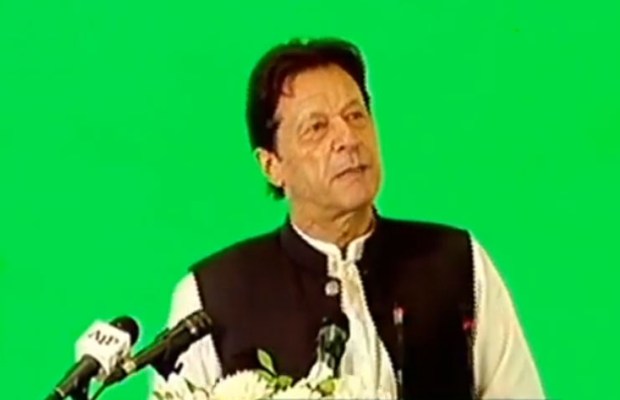 Addressing the launch ceremony, PM termed it a landmark initiative saying it will bring improvement in the living standards of the common man.

PM said that “all the systems in Pakistan have been made for the elite. Inequality is the basis of the downfall of any society. The flawed policies of the past left far behind our marginalized segments of society.”

The premier said his government had learned from the housing finance programme introduced previously that banks did not have the infrastructure and training to give loans to people from the professional and lower classes of society.

“A lot of time was consumed in overcoming obstacles and even when we had passed the foreclosure law, our banks did not have the infrastructure and training to give loans to people. We realized that by the time banks learn to give loans to poorer people, our five years will be over,” he said.

“This was the reason the government decided to make microfinance banks a part of the Kamyab Pakistan Programme,” he added.

PM said there has been a 100 % increase in prices of petroleum products over the last few months but we only increased prices by 22 %, “For this, we slashed sales tax amd petroleum levy on petrol and diesel,” he added.

He further added that the wheat price increased by thirty-three percent and that of sugar by forty percent in the international market but we enhanced their prices by twelve and twenty-one percent respectively.

PM was confident that with improvement in supply chains in the world, the prices of commodities will come down and the benefit will be extended to the masses.