Terming Karachi "Pakistan's engine of growth", he said the metropolis' prosperity had a positive effect on the entire country. 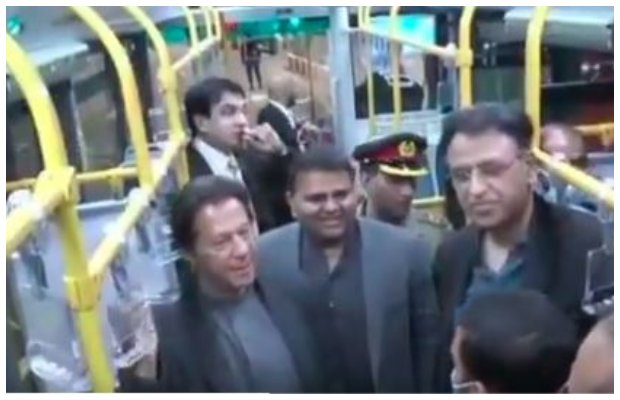 “No modern city can function without modern transport,” he said, citing the example of hugely populated Chinese cities with effective public transport facilities.

Terming Karachi “Pakistan’s engine of growth”, he said the metropolis’ prosperity had a positive effect on the entire country, he called the Green Line transport system the first step towards building a modern city.

“Making Karachi functional and successful means we are helping Pakistan,” he said,

Addressing the inaugural ceremony of the Green Line Bus service project in Karachi, he said that the entire United Kingdom (UK) depended on its capital London for its progress and prosperity, and the city had the world’s most modern transport system.

“Same is the case with several Chinese cities,” he said, adding, “Even Tehran, the capital of Iran, which has been hardest hit by the sanctions, has modern transport facilities. Iran collects $500 million in revenue and spends it in a systematic manner.

In comparison, Karachi doesn’t even collect $30m,” PM Imran said, stressing the need for giving the Sindh capital autonomy so that the local government system could succeed.

“We don’t just make promises, we deliver,” he added.

“I am witness to Karachi’s degeneration in the past 50 years. We have seen its transformation into a cave because we did not focus on its administration,” he said.

The premier, who arrived in Karachi earlier in the day, was accompanied at the ceremony by senior officials, including Sindh Governor Imran Ismail and federal Planning Minister Asad Umar.

Prime Minister Imran also visited a bus station, and inspected the infrastructure and also received a briefing on how the ticketing system works.