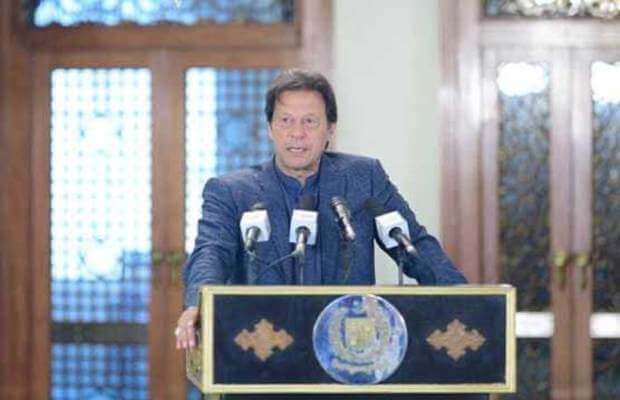 Prime Minister Imran Khan on Wednesday has launched the ‘Digital Pakistan’ campaign as a part of the Pakistan Tehreek-e-Insaf (PTI) government’s digitisation programme aimed at introducing the latest technologies for public welfare.

The inauguration ceremony was held at the Prime Minister’s Office in Islamabad.
While speaking at the ceremony PM said that digitising Pakistan is crucially important for the progress of the country’s youth.

“Digital Pakistan will be the government’s utmost priority. It will unleash the potential of the youth. Pakistan has the second biggest population of youth and it can be turned into strength through digital work,” said the premier.

“Women can contribute to this sector as well and gain jobs,” the prime minister added.

While stressing that he is the elected Prime Minister, he reminded of his first speech in which he said ‘Ghabrana Nahi Hai’.

“Many people panicked after that speech,” he said, as the audience laughed. “Now I am telling you not to panic because we are headed in the right direction.”

The prime minister also added that now even the international agencies are appreciating Pakistan’s fiscal and economic policies.

The ‘Digital Pakistan’ campaign was executed by the Ministry of Information Technology (MoIT). The MoIT has been tasked with digitising all correspondence between the government offices.

The IT ministry had been told to complete the task within three months.