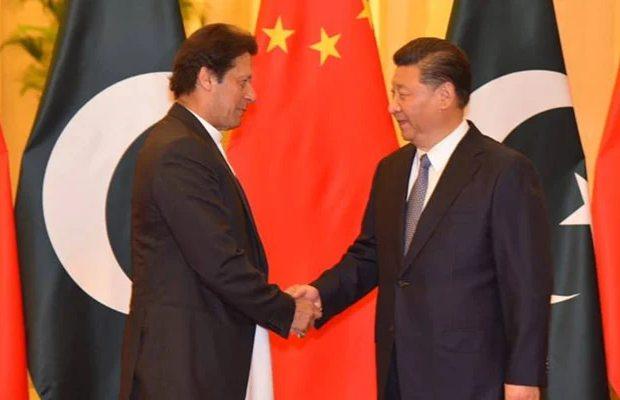 In the historic meeting, both the leaders discussed global and bilateral issues and

Information Minister Fawad Chaudhry’ shared an update through his official Twitter handle, announcing that the meeting has concluded.

As quoted by Chinese media, Chinese President Xi Jinping met with Pakistani Prime Minister Imran Khan in Beijing on Sun. Xi said China has the confidence to pioneer the future of bilateral relations and will deepen the development of the CPEC to expand cooperation in various fields.

uring the meeting, both sides reaffirmed the centrality of the Pakistan-China All-Weather Strategic Cooperative Partnership and reiterated support on each other’s issues of core interest.

“Strategic ties between Pakistan and China serve the fundamental interests of the two countries and are a factor in regional peace and stability,” PM Imran said during the meeting with Premier Li.

PM in his four-day visit to China was accompanied by Foreign Minister Shah Mahmood Qureshi, Minister for Finance Shaukat Tarin, Minister for Planning Asad Umar, Minister for Information and Broadcasting Fawad Chaudhry, and other senior officials.

Earlier on Friday, PM Khan held meetings with a number of representatives of major Chinese companies.

The meeting was aimed at paving a way for billions of dollars worth of Chinese investment into the country.

As per the official handout, China Machinery Engineering Corporation (CMEC), a subsidiary of Sinomach, will set up Pakistan-China Agricultural Science and Technology Transferring Centre on government-to-government aid basis.

tweet
Share on FacebookShare on TwitterShare on PinterestShare on Reddit
Saman SiddiquiFebruary 6, 2022
the authorSaman Siddiqui
Saman Siddiqui, A freelance journalist with a Master’s Degree in Mass Communication and MS in Peace and Conflict Studies. Associated with the media industry since 2006. Experience in various capacities including Program Host, Researcher, News Producer, Documentary Making, Voice Over, Content Writing Copy Editing, and Blogging, and currently associated with OyeYeah since 2018, working as an Editor.
All posts bySaman Siddiqui