India’s ‘internal politics’ did not permit him to extend an invitation. 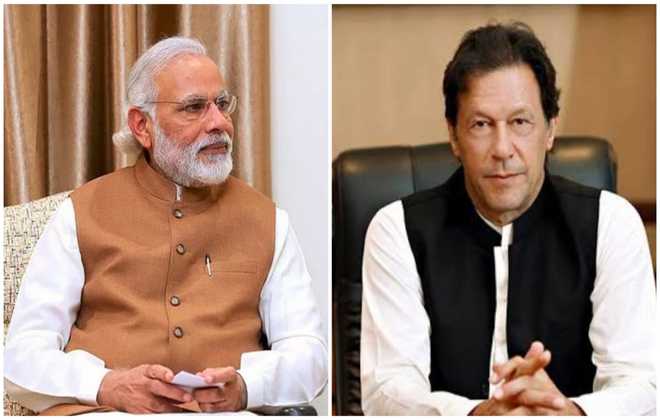 Indian government not to invite Prime Minister Imran Khan to the swearing-in ceremony of his Indian counterpart Narendra Modi on Thursday 30th of May.

Pakistan has played down the decision saying that India’s ‘internal politics’ did not permit him to extend an invitation.

Though Pakistan Prime Minister Imran Khan had congratulated his Indian counterpart Narendra Modi after BJP wins 2019 general elections and he replied back.

An Indian government statement said the leaders of Bangladesh, Myanmar, Sri Lanka, Thailand, Nepal and Bhutan, all members of the little-known Bay of Bengal Initiative for Multi-Sectoral Technical and Econo¬mic Cooperation, had been invited to Modi’s swearing-in.

The leaders of Kyrgyzstan and Mauritius have also been invited but two sources in Indian Ministry of External Affairs said Pakistan would not be on the list, without providing further information.

While speaking to a news channel Foreign Minister Shah Mehmood Qureshi said, “His [Modi’s] entire focus [during the election campaign] was on Pakistan-bashing. It was unwise to expect that he can get rid of this narrative [soon]”.

When Modi held the office first time in 2014, All countries \ from the South Asian Association for Regional Cooperation (SAARC), which includes Pakistan, Afghanistan and the Maldives, were invited to the swearing-in ceremony. That time Pakistani prime minister Nawaz Sharif had attended the event.

tweet
Share on FacebookShare on TwitterShare on PinterestShare on Reddit
Saman SiddiquiMay 28, 2019
the authorSaman Siddiqui
Saman Siddiqui, A freelance journalist with a Master’s Degree in Mass Communication and MS in Peace and Conflict Studies. Associated with the media industry since 2006. Experience in various capacities including Program Host, Researcher, News Producer, Documentary Making, Voice Over, Content Writing Copy Editing, and Blogging, and currently associated with OyeYeah since 2018, working as an Editor.
All posts bySaman Siddiqui