The Sindh Chief Minister appreciated the timely action taken by the police and Rangers. 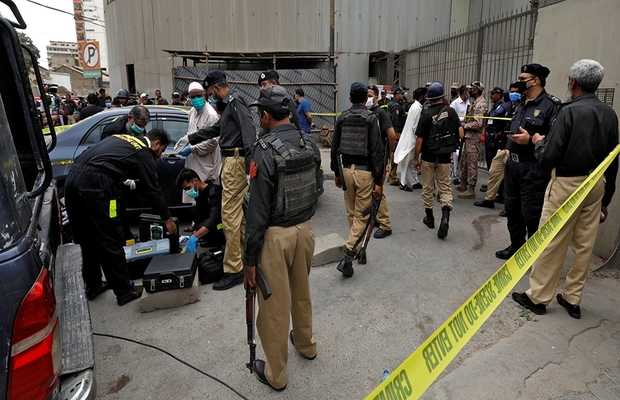 PM Imran Khan and politicians have condemned the attack on Pakistan Stock Exchange carried out on Monday morning in Karachi.

Prime Minister Imran Khan said that the nation is proud of the law enforcement agencies who courageously took on the terrorists and foiled their bid.

The Sindh Chief Minister appreciated the timely action taken by the police and Rangers and has directed law enforcement agencies to remain vigilant.

Many of the Pakistan’s top politicians and prominent personalities have also condemned the attack.

Strongly condemn the terrorist attack on Pakistan Stock Exchange. Swift & timely action by law enforcement agencies saved nation from a bigger tragedy. The attack, however, must alert us. Our condolences to bereaved families of martyrs & prayers for speedy recovery of the injured

Strongly condemn the attack on PSX aimed at tarnishing our relentless war on terror. Have instructed the IG & security agencies to ensure that the perpetrators are caught alive & their handlers are accorded exemplary punishments. We shall protect Sindh at all costs.

Salam to the brave sons of soil who foiled a major terrorist attack that could have been catastrophic. The fact that an attack of such magnitude was planned & executed is extremely unsettling. Bad news.

Strongly condemn the cowardly attack on Pakistan Stock Exchange in Karachi. Salute our brave officers who fought back and killed the terrorists. Reports still coming in about loss of innocent lives, praying for the victims of the terrible attack and their families

tweet
Share on FacebookShare on TwitterShare on PinterestShare on Reddit
Saman SiddiquiJune 29, 2020
the authorSaman Siddiqui
Saman Siddiqui, A freelance journalist with a Master’s Degree in Mass Communication and MS in Peace and Conflict Studies. Associated with the media industry since 2006. Experience in various capacities including Program Host, Researcher, News Producer, Documentary Making, Voice Over, Content Writing Copy Editing, and Blogging, and currently associated with OyeYeah since 2018, working as an Editor.
All posts bySaman Siddiqui