PM Imran Khan has also praised Chief Justice Khosa and hailing him as "one of the greatest Jurists produced by Pakistan". 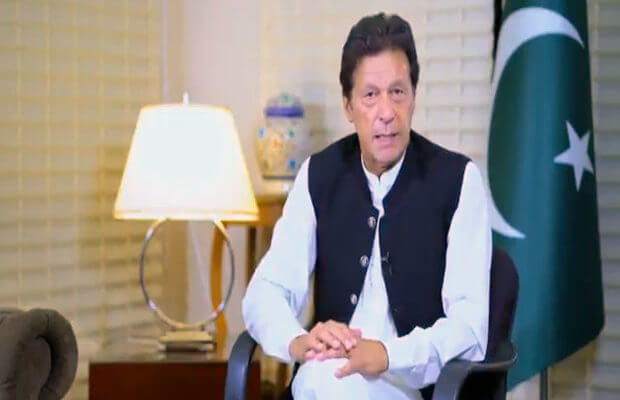 By taking it to social media PM Khan has stressed that today’s verdict might be a disappointment for those who expected the country to be destabilized by a clash of institutions.

“Today must be a great disappointment to those who expected the country to be destabilized by a clash of institutions. That this did not happen must be of special disappointment to our external enemies & mafias within”, PM Imran Khan wrote.

“Mafias who have stashed their loot abroad and seek to protect this loot by destabilizing the country”, he further added. 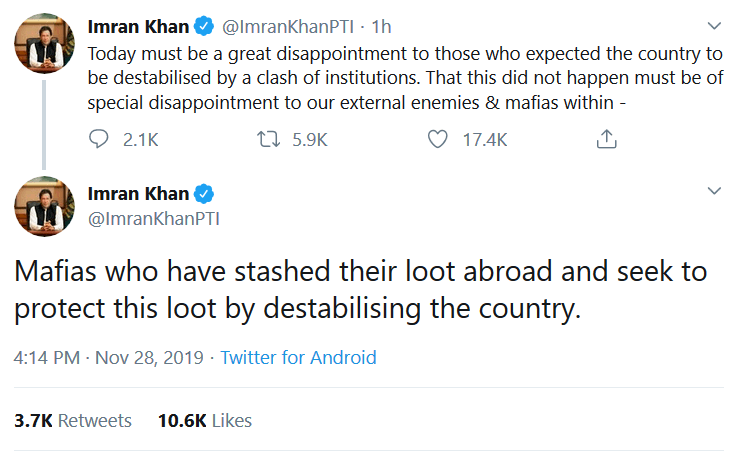 While in a separate tweet, PM Imran Khan has also praised Chief Justice Khosa and hailing him as “one of the greatest Jurists produced by Pakistan”.

PM Khan wrote, “For the record, 23 yrs ago we were the first Party to advocate an independent Judiciary and Rule of Law. In 2007, PTI was at the forefront of the Movement for Independence of the Judiciary & I was jailed for it”.

“Also, for the record, I have the greatest respect for CJ Khosa, one of the greatest Jurists produced by Pakistan”, he further added. 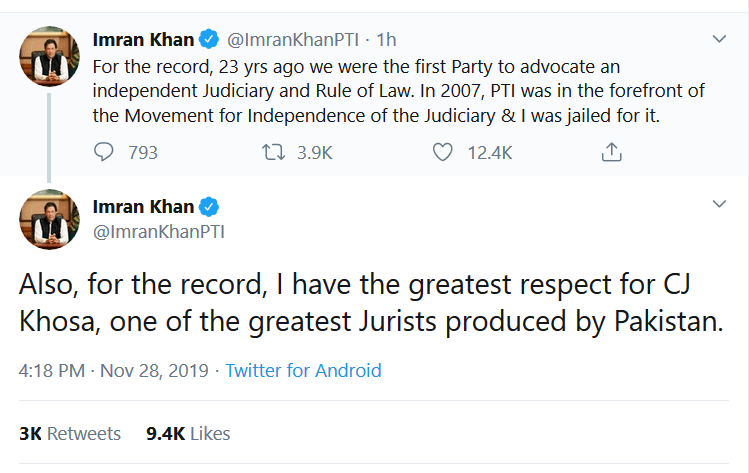 A three-judge bench announced a short order on the case pertaining to the extension/reappointment of incumbent Chief of Army Staff (COAS) Gen Qamar Javed Bajwa.

tweet
Share on FacebookShare on TwitterShare on PinterestShare on Reddit
Saman SiddiquiNovember 28, 2019
the authorSaman Siddiqui
Saman Siddiqui, A freelance journalist with a Master’s Degree in Mass Communication and MS in Peace and Conflict Studies. Associated with the media industry since 2006. Experience in various capacities including Program Host, Researcher, News Producer, Documentary Making, Voice Over, Content Writing Copy Editing, and Blogging, and currently associated with OyeYeah since 2018, working as an Editor.
All posts bySaman Siddiqui