Pakistan will continue to stand by Kashmiris even if the world doesn't, said PM addressing the crowd gathered at the Islamabad Airport. 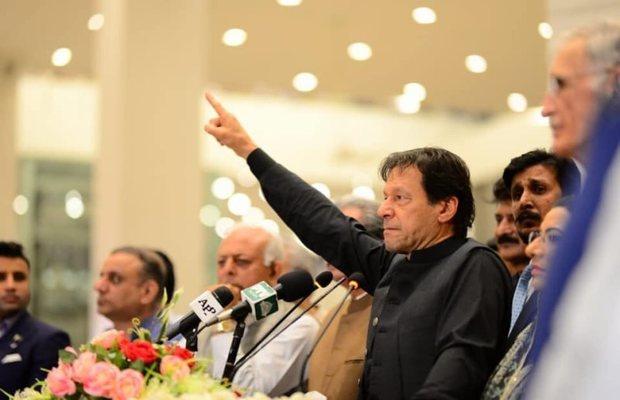 Prime Minister Imran Khan has received a grand welcome upon his return to Pakistan on Sunday after the 74th session of the UN General Assembly.

A large number of supporters, Pakistan Tehreek-e-Insaf workers, along with PTI leadership were gathered at the Islamabad International Airport to greet PM Imran Khan, to laud his very successful UNGA session address. 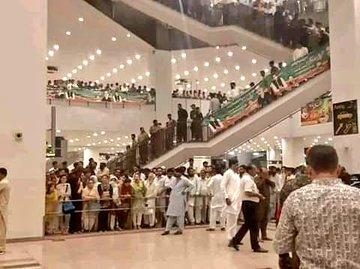 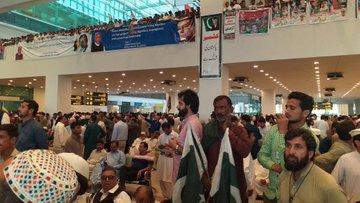 Upon the recieving such warm reception, PM said, “It seems that I haven’t come after a foreign visit, instead, it gives me the feeling that I have come after winning the World Cup.” 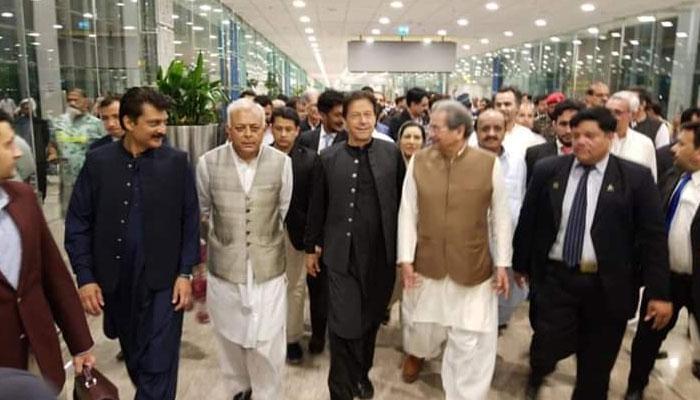 “We will unmask Modi’s fascist, Muslim hating government on every forum in the world. All those standing with me for 20 years; I have told them one thing. That the duty of human beings is to try, success is given by Allah” 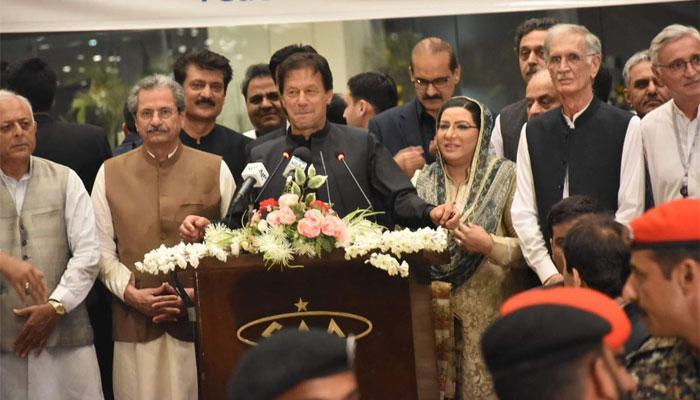 Thanking his spouse, PM added, “I specifically want to thank Bushra Begum because she prayed for us to be successful. The way we are standing with Kashmir, whether the world stands up or not, Pakistan is standing with them. This is a Jihad against injustice”.

“8 million people have been kept under curfew by the Indian army. So I just want to explain one thing to you; that all battles have ups and downs. All struggles are marked with ups and downs. You must not get demotivated by the bad times”, said PM

Read More : World Does Not Seem to Realize the Gravity of Kashmir Situation, Imran Khan

“I am reminding you that ups and downs will be part of this struggle. In the bad times; Aap nai Ghabrana Naheen hai. The women, children, elderly, all sections of society in Kashmir are looking towards you”, added PM.

PM concluded his brief address by saying, “We will unmask Modi’s fascist, Muslim hating government on every forum in the world. All those standing with me for 20 years; I have told them one thing. That the duty of human beings is to try, success is given by Allah”.

tweet
Share on FacebookShare on TwitterShare on PinterestShare on Reddit
Saman SiddiquiSeptember 29, 2019
the authorSaman Siddiqui
Saman Siddiqui, A freelance journalist with a Master’s Degree in Mass Communication and MS in Peace and Conflict Studies. Associated with the media industry since 2006. Experience in various capacities including Program Host, Researcher, News Producer, Documentary Making, Voice Over, Content Writing Copy Editing, and Blogging, and currently associated with OyeYeah since 2018, working as an Editor.
All posts bySaman Siddiqui