The Cabinet Division has issued a new list of ministers, ministers of state, advisers and special assistants to Prime Minister Imran Khan. 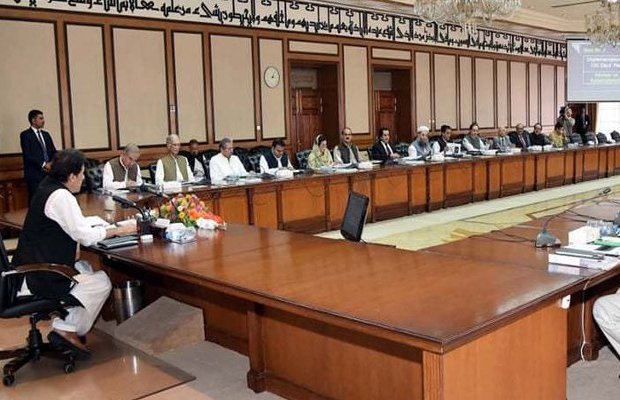 The Government of Pakistan on Thursday has announced a significant reshuffling of the federal cabinet a few hours after the finance minister Asad Umar announced his resignation from the cabinet.

The official announcement was made for the new portfolios for several cabinet members. It also includes a number of new advisers.

The Government has named Dr. Abdul Hafeez Sheikh as an adviser on finance following Asad Umar’s resignation as minister of finance, though the released notification still contains Asad Umar’s portfolio. 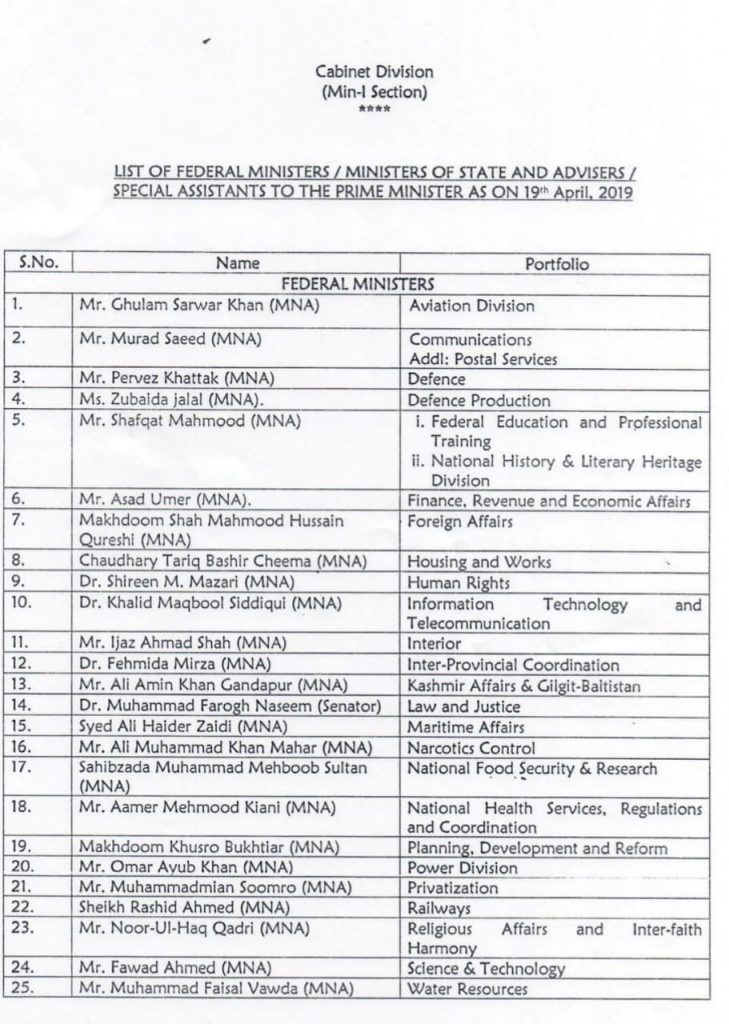 According to a notification issued by the Cabinet Secretariat, According to the notification, the Federal Cabinet now  includes  25 federal ministers, 5 ministers of state, 4 advisers and 13 special assistants.

Fawad Ahmed Chaudhry, formerly the information minister, would now take up the charge of Science and Technology Minister;

Ghulam Sarwar Khan, formerly the petroleum minister, is now the Aviation minister. Muhammadmian Soomro had previously overseen the Aviation Division in addition to his Privatization ministry;

Shehryar Afridi, the minister of state for interior, has now been named the States and Frontier Regions minister.

In addition to the reshuffled portfolios, the Cabinet Secretariat has also announced three new special assistants to the prime minister:

Prime Minister Imran Khan was mulling over to reshuffle his cabinet after reviewing the eight months performances of the ministers.

The PTI government has faced a great criticism over a struggling economy and sharp inflation, with the rupee has lost 30 percent of its value since the start of 2018.

tweet
Share on FacebookShare on TwitterShare on PinterestShare on Reddit
Saman SiddiquiApril 19, 2019
the authorSaman Siddiqui
Saman Siddiqui, A freelance journalist with a Master’s Degree in Mass Communication and MS in Peace and Conflict Studies. Associated with the media industry since 2006. Experience in various capacities including Program Host, Researcher, News Producer, Documentary Making, Voice Over, Content Writing Copy Editing, and Blogging, and currently associated with OyeYeah since 2018, working as an Editor.
All posts bySaman Siddiqui