“There should be elections in a democratic way. I call upon the people of Pakistan to prepare for elections,” Imran Khan said. 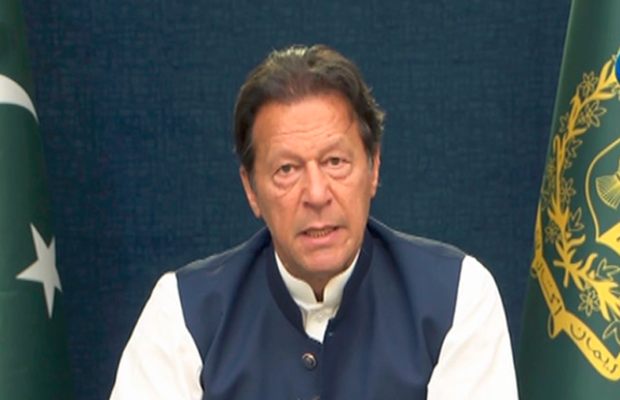 PM Imran Khan sends a summary to the President of Pakistan Dr. Arif Alvi to dissolve the assemblies!

Moments after National Assembly Deputy Speaker Qasim Suri dismissed the no-confidence motion against Prime Minister Imran Khan, terming it a contradiction of Article 5 of the Constitution, PM addressed the nation.

“After the decision that the speaker has taken using the constitutional power, I have sent advised to President to dissolve the assemblies,” he said.

“There should be elections in a democratic way. I call upon the people of Pakistan to prepare for elections,” PM Imran Khan said.

The premier congratulated the nation on the no-trust motion being dismissed.

PM Imran Khan said the deputy speaker had “rejected the attempt of changing the regime [and] the foreign conspiracy”.

“I congratulate every Pakistani on the Speaker’s decision. The no-confidence motion was a foreign conspiracy against us. Pakistan should decide who should govern them,” PM  Imran Khan said in his address to the nation.

PM Imran Khan said he had been receiving messages from many people who were worried, adding that “treason” was being committed in front of the nation.

“I want to say, ‘ghabrana nahi hai‘ (do not worry). God is watching over Pakistan,” he added.