“Investigation will be held in this regard and an immediate action will be taken,” says Ali Mohammad Khan 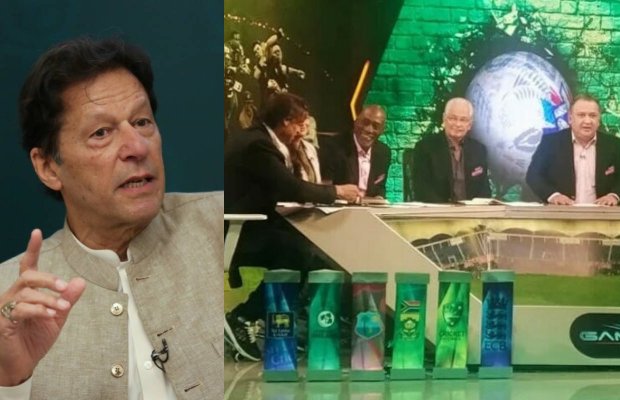 It was a day earlier when the PTV management decided to take Nouman Niaz off-air till the inquiry into the incident is not completed.

Shoaib Akhtar had walked off the set of the PTV sports show saying he is embarrassed about what happened during the live transmission on Oct. 26.

The incident invited an outrage on social media as well,  with many calling for Nauman Niaz to be sacked for insulting a national legend on live TV.

While speaking to Geo News programme “Geo Pakistan”, the federal minister revealed that PM Imran Khan was also upset that the host of the show insulted the national star.

“This is an unpleasant event, no one is bigger than the state and nobody can misuse his/her power,” he said, adding that whatever the reason is one cannot insult anybody a common man should also be respected in the same manner as any celebrity, politician or minister.

“You cannot ask anybody to leave the show on the air, this is arrogance,” he said, adding that Dr. Niaz should have evaluated his and Akhtar’s value.

“Akhtar has raised Pakistan’s flag high he was the only person who silenced India after he hit the middle stump of Indian great Sachin Tendulkar,” he recalled.

“Dr. Niaz should have thought a hundred times before insulting Akhtar,” he maintained, questioning that is this how we treat our National stars in front of International cricket greats.

The state minister shared his view that people around the world were watching the show it was a big day for Pakistan, our team had defeated New Zealand everybody was celebrating and this incident happened.

Khan reiterated that this is not how somebody should treat our national stars.

Acknowledging Akhtar’s efforts to resolve the issue on-air he said: “I would also appreciate Akhtar because contrary to his nature he acted calmly although he is known for his aggression because he is a fast bowler.

Shedding light on Niaz’s statement that he would not allow anybody else to host the show, the minister said that neither the state-owned channel belongs to anybody’s father nor does the show.

The federal minister asserted that everyone was watching the show and the channel is run through the national exchequer, nobody has the right to say that who will host the show or who won’t, nobody is indispensable.

“Even the president and prime minister of Pakistan cannot do this,” he added.

Ali Mohammad Khan also revealed that he was informed by the media that on Thursday all the members of the panel were present in the studio and Niaz did not let the show proceed.

“I don’t have any personal grudges with Niaz but he had no right to insult our national star by doing so he has insulted the entire nation,” Khan added.