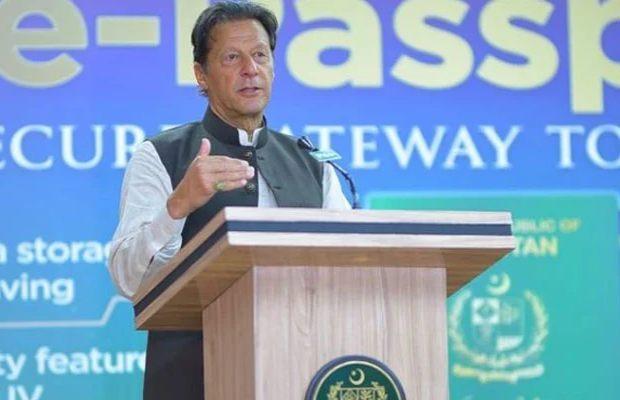 While addressing the inauguration ceremony of the e-passport in Islamabad PM Iran Khan said that “I will show the letter to each and every representative of the government allies. People are unknowingly part of this conspiracy.”

PM Imran Khan has termed the political situation in Pakistan a “foreign-imported crisis”.

The premier said that a no-confidence motion is the democratic right of everybody as politicians lose confidence in their parties.

“The allies should keep in mind before making decisions that they are not part of the conspiracy,” he said, adding that the conspiracy was bigger than it was being told.

PM Imran Khan further added that a no-confidence motion is the democratic right of everybody as people lose confidence in their party.

Asad Umar claimed that only a select few people in the civil-military leadership have seen the letter due to its “sensitivity” and therefore it could not be shown publicly.

PM Imran Khan had disclosed the threatening letter written to him at the PTI Jalsa held at the Parade Ground in Islamabad on March 27.

The premier flashed a letter before the public, stating that he has written evidence that money has been pouring in from abroad, while some of our people are being used to topple the government.